Why Does America Sentence People to Hundreds of Years in Prison? 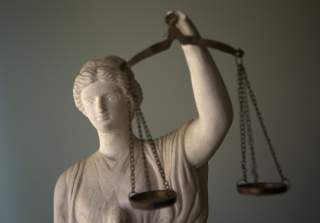 On July 15, a Virginia judge sentenced James Fields Jr. to a life sentence, plus 419 years, for killing Heather Heyer at the 2017 Charlottesville white nationalist rally by ramming his car into a crowd.

Some may wonder about the point of a centuries-long sentence – far longer than a human could serve.

As a criminal justice scholar and formerly an attorney in state criminal courts, I see their purpose as entirely symbolic.

A 400-year sentence doesn’t prevent the possibility of the defendant being released on parole. However, Virginia abolished parole in 1995. About 20 states have abolished parole for some or all offenses.

Any prisoner’s sentence can be commuted by the governor, but that’s true regardless of how long it is. The extra 400 years doesn’t limit the governor’s power.

In many cases, a prisoner’s multiple sentences would run “concurrently,” meaning he serves all of them at the same time – so a person could serve five 20-year sentences in 20 years, not in 100. But, in Virginia, when a defendant is convicted by a jury, the jury decides whether the sentences run concurrently, and Fields’ jury decided that his sentences should run consecutively, one after the other. That’s why his additional time adds up to 419 years.

Giving juries authority over sentencing is relatively unusual in the U.S. Only six states empower juries rather than judges to decide the length of sentences and whether multiple sentences run concurrently or consecutively.

Among western democratic countries, these kinds of impossible, centuries-long sentences are unusual, but U.S. courts are not alone in imposing them. Spain, for example, gave sentences as long 43,000 years to defendants convicted of the 2004 Madrid bombings that killed 191 people.

Regardless of the law on the books, life sentences of any type are rare in Europe. The European Court of Human Rights has ruled that such sentences are a human rights violation.

The Fields case is just another example of how the U.S. is unique in its criminal punishment policies. It has by far the highest imprisonment rate in the world, and is the only western country and only democracy to still have the death penalty.

To put it lightly, we do things differently here.