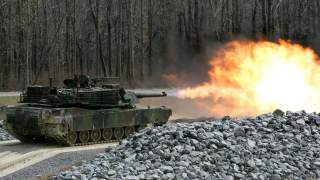 “The proposed sale of this equipment and support will not alter the basic military balance in the region,” stated the State Department’s Defense Security Cooperation Agency. China, which considers Taiwan to be a renegade Chinese province, most vehemently disagrees.

But there is a more practical question: of all the weapons that Taiwan would need to defend itself against a Chinese invasion, should main battle tanks be at the top of the list?

First, Taiwan is an island. To forcibly conquer Taiwan, China will have either bombard it into submission with missiles and aircraft, or conduct an amphibious and airborne invasion across the 110-mile-wide Taiwan Strait. If China can land a sizeable force on Taiwan, then it has achieved sufficient air and naval superiority in the face of Taiwanese—and quite possibly U.S.—defenses.

Presumably, those 108 M1A2, and the five hundred or so older M60A3 and M48 tanks would counterattack the beachhead. But as the Nazis discovered in Normandy, this is no easy matter: the attacker has surprise and local superiority, while the defender has to run a gauntlet of interdicting air bombardment and naval gunfire (today supplemented by ballistic missiles). And China will have no shortage of tank-killing weapons, including smart bombs, attack helicopters, and People’s Liberation Army marines and paratroopers that will be armed with plentiful anti-tank rockets as well as amphibious armor and airdroppable light tanks. If that’s not enough, China is developing missile-armed drones that could stalk tanks.

Put another way, if China can successfully land and maintain several divisions on Taiwan, then Taiwan is in trouble.

For now, China doesn’t seem to have enough amphibious capacity to mount a major invasion of Taiwan. But that’s changing. China is beefing up its amphibious capabilities, including the deployment of a new Type 075 amphibious assault ship in September that can carry 900 marines and their vehicles, as well as helicopters and possibly even vertical-takeoff fighters. More Type 075s are coming, while China also fields three airborne divisions as well as heliborne air assault brigades.

The balance of forces currently doesn’t favor a Chinese invasion of Taiwan. But given China’s vastly larger economy, and the steady transformation of its armed forces from a Cold War peasant army to a high-tech twenty-first-century force, it is more than possible that China will develop the military prerequisites for an invasion.

It’s not that tanks can’t be useful. A hundred M1A2s—about the equivalent of about a U.S. Armored Brigade Combat Team—is a powerful force if massed and used properly. Nor would a Chinese invasion of Taiwan necessarily be a walkover. The terrain of the island is rough, there is the hundred-mile Taiwan Strait to cross, and a barrier of Taiwanese—and possibly American—aircraft and warships to penetrate.

But if Taiwan’s five hundred Cold War-era main battle tanks aren’t enough to stop China, then a hundred M-1A2s aren’t going to make a huge difference. If that’s the case, then Taiwan would get more value from access denial weapons. Anti-ship and anti-aircraft missiles, ballistic missile defenses, naval mines, submarines and aircraft would be far more useful at stopping—or even deterring—a Chinese invasion. Missiles and mines in particular would be a low-cost option that wouldn’t strain Taiwan’s economy.

From Normandy to the Falklands, and on to Taiwan, the best way to stop an amphibious invasion has been to keep it from reaching the beach in the first place.