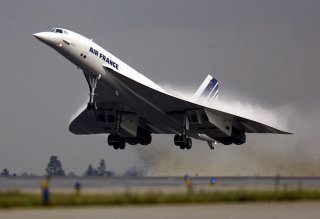 By the 1960s, as jet technology matured, the notion of a supersonic jetliner for civilian use gripped the imagination of the public in North America in Europe. The United States, Britain, France, and the Soviet Union each pursued the creation of a plane that would be able to maintain a supersonic cruising speed. They did this because they saw the commercial benefits that such a jet would provide and were eager for the prestige associated with creating the world’s first jetliner aircraft.

America’s design, the Boeing 2707, never made it off the drawing board. The Soviet entry, the Tupolev Tu-144, became the world’s first supersonic passenger plane when it made its first flight on New Year’s Eve of 1968. But the Tupolev was unsuccessful as a jetliner. The airplane ultimately only made 102 flights, half of which were empty, prior to its shelving in 1999. Its retirement was due to limited access, a host of mechanical failures, and a pair of high-profile crashes in 1973 and 1978,

The British and French independently concluded that the cost of creating such a jetliner would be too much for either of them to shoulder and joined forces. They created a joint design known as the Concorde, which became the most famous plane in the world after its unveiling in 1976.

The two countries ultimately constructed twenty Concordes. British Airways and Air France split the construction of the jetliners was split under the terms of a treaty that they had signed. The airplane’s main route took place between New York and London; the typical flight time was less than three hours, cruising at Mach 2, or around fourteen hundred miles per hour.

In retrospect, the numbers never added up for supersonic travel. The Concorde’s sleek fuselage could only hold a fraction of the passengers on a more conventional jet plane, and it expended nearly seven thousand gallons of fuel per flight. This meant that even to remain operable, let alone profitable, the plane’s tickets needed to be far more expensive than a typical jet’s. If anything, this fact fed the Concorde’s fame; while the Soviet Tu-144 was ill-suited to a country that prided itself on egalitarianism and disdain for conspicuous consumption, the Concorde soon became synonymous with the luxurious upper class.

But the aircraft had other problems. The sonic boom it created was loud enough to shatter glass, making it unsuitable for traveling over populated areas and effectively restricting it to routes across the Atlantic Ocean. More worryingly, in July 2000, one of the aircraft ruptured a fuel tank while taking off and crashed into a French hotel, killing everyone on board.

The Concorde’s questionable economics, rising global concerns over environmental issues, safety problems associated with the 2000 crash, and a general decline in global air travel following the 9/11 attacks led the two airlines to simultaneously retire it in 2003. But the jetliner’s image lives on; in 2006, Britons voted it as the most iconic design that the island nation had ever created—no doubt to the indignation of the equally responsible French.