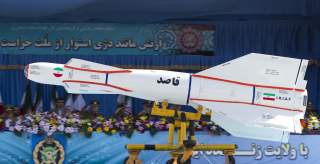 Key Point: Iran has options if a war with America breaks out.