Why the Doomsday Clock is Wrong 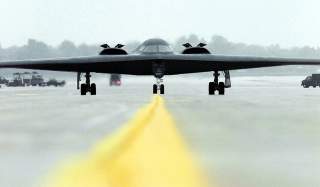 The Bulletin of Atomic Scientists recently moved its Doomsday Clock to just two minutes until midnight — the closest the clock has come to the destruction of the world since the United States and Soviet Union tested thermonuclear bombs in 1953. Yet how, one could reasonably ask, could the world be more dangerous than it was during the height of the Cold War, even during the Cuban Missile Crisis of October 1962?

Based on any objective view of world events, the Doomsday Clock should be moving backward or at least staying the same. Instead, the clock is being propelled inexorably forward by the Bulletin’s overwhelmingly liberal interpretation of world events.

The Bulletin used to be composed of a balanced group of distinguished nuclear scientists such as Albert Einstein and J. Robert Oppenheimer. Those days are long past. Now the group counts former California Gov. Jerry Brown as its executive chair.

Its assessment paints the United States as the primary driver of destabilization, while ignoring — and in some cases, even opposing — U.S. efforts to halt adversary provocations and make the world safer.

The Bulletin blames the U.S. withdrawal from the Joint Comprehensive Plan of Action (JCPOA) for Iran’s efforts to resume uranium enrichment. However, the JCPOA would have allowed Iran to enrich uranium without limits or threat of sanctions when the sunset clauses in the deal expire. Considering Iran’s sponsorship of terrorism and hostile actions against the United States and its allies in the Middle East even before the United States withdrew from the JCPOA, an Iran with billions of extra dollars from sanctions relief plus freedom to enrich uranium would drastically increase the chance of military conflict.

Now, the United States can deter Iran from pursuing a nuclear weapon by the threat of punishment while also imposing sanctions that constrain the amount of resources the regime can dedicate to a nuclear program. As a result of Iran’s recent hostile actions, it seems the scales have finally begun to fall from the rest of the world’s eyes as Iran continues to expose its aggressive intentions and behavior.

The Bulletin goes on to criticize what it describes as America’s “bullying and derisive tone” toward its adversaries, leading to an “assault on arms control.” But this accusation dismisses Russia’s extensive past of violating agreements, including the Open Skies Treaty, Conventional Forces in Europe Treaty, and Chemical Weapons Convention. Despite its blatant violations of the Intermediate-Range Forces Treaty, Russia has accused the United States of being provocative, all while developing destabilizing new weapons systems outside of New START, such as a nuclear-powered cruise missile and an unmanned underwater nuclear-capable drone.

In order to maintain the effectiveness of the U.S. nuclear deterrent and avoid falling far behind Russia and China, the United States must continue its nuclear modernization program. Despite support for modernization from the two previous administrations and a concurrence among senior national security leaders, the Bulletin actively advocates for limiting the modernization program and supports destabilizing policies like no nuclear first use.

The Bulletin’s true agenda shines through citing President Trump’s lack of progress on making a nuclear agreement with North Korea as a contributor to its alarmist assessment of impending doomsday, even though North Korea has not tested a nuclear weapon in over two years. Ironically, the Bulletin did not move the clock forward in 2016 when North Korea tested two nuclear weapons and announced the development of a hydrogen bomb, and Obama was still president.

The founders of the Bulletin intended the organization to serve as an outlet for scientists to fulfill a moral obligation to warn the public about the dangers of nuclear weapons. Using their scientific expertise, they could move the clock in accordance with the advancement of weapons, such as the modernization of multiple independently targetable reentry vehicles in 1974.

Yet gradually, the clock has become less of a scientific instrument and more of an advocacy tool. The Bulletin’s report does not once mention Russia’s new weapon systems as a reason for moving the clock forward — instead, it states that the United States suggests it will not extend New START but credits Russia for supporting an extension. This shift from objective scientific assessment to such blatant dismissal of adversary provocations in favor of criticizing the current administration’s actions has even prompted the Chairman of the Board of Sponsors of the Bulletin from 2009-2018 to suggest the clock retire.

While there is no crime in advocating for a liberal agenda — even one that so gravely misses the mark — it is disingenuous and dangerous to mask such political advocacy under the guise of scientific authority.

Patty-Jane Geller is a policy analyst in nuclear deterrence and missile defense at The Heritage Foundation (heritage.org).