Why Electricity Demand Has Declined in the UK Due to Coronavirus 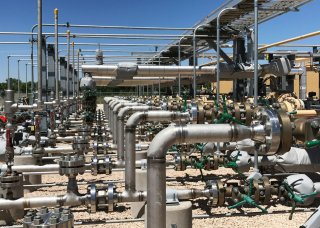 The measures to control the spread of COVID-19 are unparalleled, and this is already having an effect on Britain’s energy system. There have been massive short-term changes in the past: for instance the temporary imposition of a three-day week in the 1970s may have had an even greater overall effect, but this was due to industrial action in the coal sector affecting the supply of energy. This time, the disruption is on the demand side – the energy is still available, but the demand for it has reduced.

We are a group of academics monitoring the situation to understand how national energy demand is affected by changes in day-to-day routines. We should point out that the energy system is very resilient, and there are well developed contingency plans to keep the energy flowing. But the response to coronavirus is affecting things in various other ways:

1. Demand for petrol, diesel and aviation fuel is plummeting

We already know that there has been an enormous reduction in flights, public transport and road traffic, and April is expected to record the lowest monthly liquid fuels demand since data started in 1998. A greater than 40% reduction is possible if Britain restricts the movement of people more than it currently has, an incredible short-term drop in demand. However, since the government publishes liquid fuels data two months in arrears, the full extent of the reduction in demand will not become clear until the summer.

With most shops, factories and offices closed or under severe restrictions, we expect the electrical demand of a normal working day to continue to be closer to that of a weekend or bank holiday. Typically there is a 10-20% drop between a weekday and a weekend day, depending on the time of year.

The last time demand was this low for the month of March was back in 1975, a further indication of how the coronavirus measures are changing people’s routines, and the energy they use to underpin these. April is likely to be lower still, taking Britain’s electrical demand back to the 1960s, to a period before daily data became available.

With many people working from home and schools shut, people are less governed by routines and strict adherence to times for commuting or the school run. This has caused the typical morning electricity “peak” to flatten out, as electrical showers, kettles, lights and heating are spread over a slightly longer period. Something similar happens on Sunday mornings, and in particular on Christmas day and New Year’s day.

We are also keen to observe how much increased digital traffic will increase the load on the electrical system. As most face-to-face meetings have now effectively stopped, various conversations, meetings and indeed lessons are now taking place online or over the phone. Domestic WiFi use is skyrocketing as people stay in and ISPs remove limits on broadband data, causing an unprecedented strain on data centres across the world.

An overall drop in energy demand should mean a proportionate decrease in emissions, particularly as people use a lot less petrol, diesel and aviation fuel. The reduction in plane and car travel is expected to significantly lower of carbon emissions in April, even when considering the increase in online delivery services for food and other necessities.

Less electrical demand also means coal and some gas power plants can be turned down or switched off, and a greater proportion of demand can be met with low-carbon generation. Therefore we expect a decrease in grid carbon intensity (a measure of how much carbon goes into producing a unit of energy). However, this is dependent on the weather – if there’s no wind or sun, fossil fuel generation is needed to meet demand.

It is clear that measures to control the spread of the coronavirus are already having significant effects on Britian’s energy systems. But we don’t yet know how long these measures will last, and how quickly demand will bounce back to pre-covid-19 levels. It may even be that overall energy demand will rebound back even further to take advantage of cheaper fossil fuels, thus bucking the trend of extraordinary reductions in energy use and carbon intensity over the past decade.