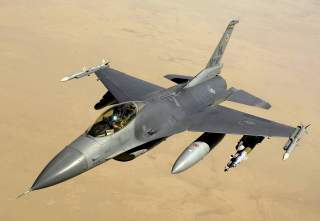 Key point: If the agile little fighter has any shortcomings, it’s that the American F-16’s radar has fallen out of date, and that the type was never designed to carry a great deal of fuel, limiting its combat radius to just 340 miles on internal stores.