Why the F-35s Crazy 'Beast Mode' Should Terrify North Korea, China (Or Anyone) 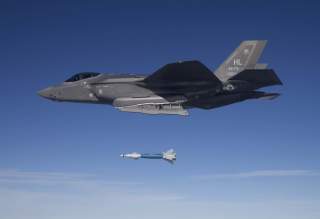 Key point: The F-35 is seeing more success over time. Let's see if it endures.