Why Facebook's Libra Is not a Cryptocurrency, and Why It Is Doomed to Fail 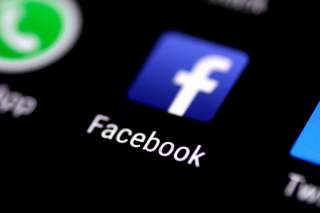 In June 2019, social networking giant Facebook announced plans to develop its own cryptocurrency for use in online transactions, the Libra. The Libra was structured as a partnership between Facebook and leading payments providers like Visa, Mastercard, and Paypal. It was supposed to become the world's first truly respectable cryptocurrency.

Less than a year later, Visa, Mastercard, and Paypal have all ditched the project. The only non-Facebook tech heavyweights remaining in the Libra Association are Uber, Lyft, and Spotify, and the reason is obvious: they all sell on Facebook. Expect them to take Libra, but don't expect them to promote it.

With the cryptocurrency craze on its last legs (thank God), it's surprising that Facebook jumped into the game at all. Except that it hasn't. Libra isn't a currency at all, and the only thing "crypto" about it is its database structure. Libra plans to use an encrypted blockchain ledger for record-keeping and transaction processing, but the currency itself will be run more like an exchange-traded fund (ETF).

Blockchain is the database technology behind cryptocurrencies like Bitcoin and Etherium, but at heart it's just an alternative accounting system.

Traditional accounting systems are based on balance statements: if you want to know how much money you have right now, just ask your bank. If your balance isn't what you expect, you have to go through the record of your expenses and receipts to figure out what happened. But it's your balance that determines how much money you have available right now, not the historical record.

Blockchain reverses that. In a blockchain database, everyone starts at zero and the database certifies all transactions going into or out of your account. Your balance is never recorded. If you want to know how much money you have, you (or more likely, your digital wallet) will have to add up all your historical transactions.

The point is that in a blockchain database, it's not your balance that is certified. It's the transactions. This has the potential to make banking more private and secure. And though blockchain ledgers require many more calculations than traditional ledgers, advances in computing power and storage capacity have made them feasible.

True cryptocurrencies use blockchain because it eliminates the need for a trusted central authority to certify people's balances. As a result, they can operate as truly independent currencies, fluctuating against other currencies based on supply and demand.

Libra isn't designed to be a currency at all. It is structured like an ETF without an exchange. Libra's managers have promised to hold a basket of currencies to support the value of each Libra in circulation. They call the idea "stablecoin." The value of the Libra won't rise and fall based on the supply and demand for Libras. It will be pegged to the value of the assets in the Libra's currency basket.

Which makes the Libra essentially useless. Facebook touts the Libra as a digital currency that will serve "billions" of unbanked people in the developing world. But why would a poor African or Indian want to speculate on global currency markets by investing in a basket of global currencies? And what American or European would want the price of an Uber or Lyft to depend on the daily exchange rate?

The only way forward for Facebook is to convert the Libra into a simple in-app token pegged to local currencies, or to the U.S. Dollar. That would undermine all of its cryptocurrency hype about serving the poor, but the cryptocurrency craze is over, and no one really believes that Mark Zuckerberg wants to serve the poor. Anyway the poor have better things to do with their money than invest in Libra.