Why Free Speech Still Matters During the Coronavirus Pandemic 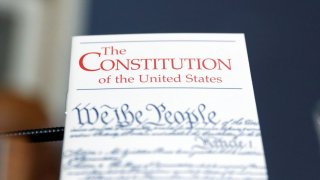 Plenty of misinformation is circulating about the COVID-19 pandemic, and that can lead to impatience about or even hostility toward free speech. Would we be better off if the government stepped in to restrict or penalize false reports? Such restrictions would not be unknown in time of epidemic. The city of Newark, N.J. recently threatened to prosecute persons who make false statements about the outbreak.

In a fine new piece, Greg Lukianoff of FIRE (Foundation for Individual Rights in Education) points out that free speech helps bolster resilience to threats like the virus, in multiple ways.

To begin with, the looming crisis with COVID-19 is far worse than otherwise because of the repressive state policies of the Chinese Communist Party (today, China announced that it is expelling reporters from the New York Times, Wall Street Journal, and Washington Post, and will not even let them work in Hong Kong.) Specifically:

Since at least Jan. 1, China enforced severe social media censorship of hundreds of terms relating to the virus, many of which concerned the failures of China’s leadership in controlling the outbreak. Because people in China didn’t have access to information about the virus, they didn’t know to take extra precautions, allowing it to spread faster, all the while preventing the world from preparing its response during the crucial first weeks of the outbreak.

In closed societies like China, government officials have the power to stop the free flow of information if they believe it poses a threat of any kind, either real or imagined; and in authoritarian regimes, like China, the leaders of countries often see anything that might embarrass the country in the eyes of the world as a threat. By contrast, if the initial outbreak had happened in the United States, where the government has comparatively little legitimate power to control what citizens say, it’s doubtful that the disease would’ve gone unnoticed.

Despite the inapt metaphor often applied, Lukianoff argues, an arena of free expression does not really function as a “marketplace of ideas” in which competition works to drive out peddlers of falsehood the way a market for goods tends to drive out peddlers of lamps that don’t light. In the idea business, there are people, institutions, and movements that prosper for the longest time selling total junk. Hence the observed failure of the hope for “the good ideas to ever finally defeat and drive from the earth bad ideas.” The difference is that in systems controlled by the government, like China, those who operate the control switch can cut you off from those trying to reach you with the truth. “Freedom of speech gives you a fighting chance to know the world as it really is.”

Lukianoff’s further and subtler point is this. The free venting of false notions on an ongoing basis, together with the study of false notions circulated in the past, gives us crucial information about the human psyche — what people are prone to believe, and how if ever they might come to be talked out of it — and about the particular landscape of false beliefs we must face in this world right now. It is “the lab in the looking glass.”

Both for scientific reasons and for our success as a democratic republic, we need to know more, not less about the ideas in our fellow humans’ heads. I call it my “Iron Law”: It is always important to know what people really believe, especially when the belief is perplexing or troubling. Conversely, in the overwhelming majority of scenarios you are not safer or better off for knowing less about what people really think.

The “lab in the looking glass” metaphor can also explain a whole lot more of the First Amendment than the Darwinian marketplace of ideas.

This article by Walter Olson originally appeared in the CATO at Liberty blog in 2020.