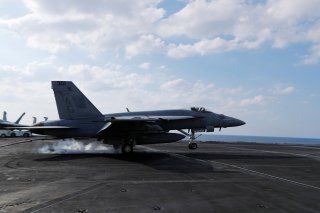 Here's What You Need To Remember: The split contract shows how weak of a product the Eurofighter is when competing with other fighter aircraft, due to disparate development and a general lack of funding. While electronic warfare variants of the Eurofighter have been floated as ideas and concepts, none have reached the stage of implementation and testing, which caused its loss to the dedicated electronic warfare variant of the Super Hornet.

Charlie Gao studied political and computer science at Grinnell College and is a frequent commentator on defense and national-security issues. This article first appeared in March, 2020 and is being republished due to reader interest.