Why Governments Must Act to Reduce Maternal Death Rates 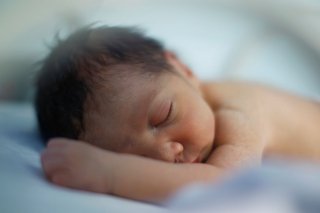 Women die in childbirth at alarming rates. Maternal death is an excellent example of what the famous economist and philosopher Amartya Sen calls a “remediable injustice” — a condition that is fundamentally unfair and within our capacity to change.

Access to health services is better in more affluent, developed countries, so women die of pregnancy and childbirth-related complications at much lower rates than their counterparts in developing countries.

Better access to health services and skilled practitioners — nurses, midwives, medical doctors — is one of the keys to improving maternal mortality ratios in the developing world.

The Maternal Mortality Ratio (MMR) indicates the number of maternal deaths that occur for every 100,000 live births. In 2015, the world average was 216.

These numbers reveal much about the disparities that cause high rates of maternal death in poor countries and low rates in affluent countries. Resources are scarce in developing countries, and those that are available in the form of medical expertise, facilities and supplies are distributed unevenly.

According to the World Health Organization, the leading causes of maternal death include “haemorrhage, hypertension, infections, and indirect causes, mostly due to interaction between pre-existing medical conditions and pregnancy.”

Most of these causes are treatable with simple procedures and medicines. Most maternal deaths are preventable if women have access to skilled providers and health clinics during pregnancy, childbirth and in the immediate post-partum period.

But the truth about maternal death is not that simple. While it’s true that better access to health care before, during and after childbirth will reduce incidents of maternal death, there are other, more complex factors to consider.

Barriers to access to health services go beyond the lack of hospitals and doctors to implicate social and cultural dynamics. In other words, women struggle to access available resources due to the realities of poverty, racial discrimination, gender inequality and the criminalization of abortion.

Furthermore, women are vulnerable to complicated pregnancies through the practices of child marriage (and adolescent pregnancy), high fertility rates (which increases the potential for obstructed labour), patriarchal customs that make women’s health, nutrition and education unimportant and policies that fail to respect human rights.

The horrifying case of Shanti Devi

For example, in 2010 in India, a woman named Shanti Devi was denied medical care, to which she was formally entitled through the Indian Constitution, because she was from an “untouchable” group and pregnant with her third child.

India maintains both official and unofficial elements of a two-child policy in accordance with its population-control objectives.

She was turned away from the hospital and died in a ditch. Her death sparked global outrage and a court case that assigned responsibility to the Indian government and provided a clear definition of the right to maternal health.

Shanti Devi’s status as Dalit and racialized conspired to further increase her chances of maternal death. This case demonstrates the paradox of India, a country that is both economically strong and technologically advanced but also plagued by poverty and inequality.

India’s overall MMR is 174, which is lower than regional and country classification standards. However, in some areas of the country, the MMR is as high as 300, according to India’s own estimates.

The problem of inequality for different populations in India persists, although in all regions and among all populations in that country, MMRs are declining.

Unfortunately, this is not the case in North America, where MMRs have increased in recent years. In Canada, maternal death rates went from six in 1990 to 12 in 2010, likely due to an increase in caesarean sections, IVF births, older mothers and other health conditions.

In 2015, the MMR had returned to seven, although the maternal health crisis has not abated, as there is evidence that death rates for Indigenous women are disproportionately high.

In 1990, the MMR in the U.S. was 12; in 2015 it was 14. The increase is even more dramatic in Texas, where the MMR went from around 17 in 2010 to 35.8 in 2014. What’s more, when MMRs are disaggregated to account for race, maternal death rates are substantially higher for African-American women than for white women in Texas and across the nation.

Rates up for all women in Texas

The MMRs for Hispanic women were lower as raw scores, but this population experienced the highest rate of increase in death rates — 62 per cent — over this period.

The MMRs for Hispanic women also increased dramatically during this period, from 12.6 to 20.5.

In 2013, I had the privilege of conducting research in south Texas with women of Mexican origin living along the U.S.-Mexico border. Some were American citizens, others had more precarious immigration status.

All revealed that they had few options for maternal health care, and that they were restricted, by virtue of their immigration status, language and health insurance entitlements, from asking questions and gaining a full understanding of what was happening to them during pregnancy and childbirth.

Some women said that they had undergone caesarean sections without knowing why, and some had been encouraged to have a surgical birth followed by immediate sterilization, for complex reasons that appeared to be both beneficial and oppressive.

The conclusion to be drawn, from both my own research and the current rise in maternal death rates in Texas, is that low-status of women, especially racialized women, and punitive public policies, particularly in areas of health care and immigration, are a deadly combination.

The crisis in maternal health is the focus of broad global campaigns and detailed targeted initiatives. Much of this focus is devoted to generating increased attention and resources for maternal health.

However, global agencies and individual countries must do more to address the complex contextual factors that undermine maternal health.

Maternal death rates will only continue to decline if there are broad societal changes for all women. Governments play a leading role in perpetuating maternal death and will have to assume greater responsibility to reduce it.