Why Guantanamo Bay Likely Won't Ever Shut Down 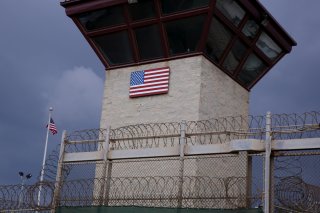 It has been dubbed a "most secret place" and an "island outside the law" – it is the prison camp at the Guantanamo Bay Naval Base (officially Naval Station Guantanamo Bay or NSGB). While today the mere word "Guantanamo" is often used in the media to denote the detention center, in fact, that is just part of the United States military base located on 45 square miles of land and water at Guantánamo Bay, Cuba.

The existing migrant detention facilities were only expanded in response to the 9/11 attacks in 2001, and the subsequent military operations in Afghanistan. The reasoning was that during the administration of President George W. Bush (2001-2008), suspected terrorists could be detained at the base – which is not on U.S. soil or soil of a U.S. ally – and thus they would not be covered or protected by the U.S. Constitution. Those detainees were instead declared "enemy combatants," so that they could further be denied some legal protections.

Since the camp was opened, more than 750 detainees have been held at the facility, and it had its peak population of 684 prisoners in June 2003.

However, not everyone has agreed that the detention center should remain open. When then-candidate Barack Obama campaigned in the 2008 presidential election, he promised to close Guantanamo Bay. He called it expensive, unnecessary and even suggested, "it only serves as a recruitment brochure for our enemies."

President Obama even issued an executive order in January 2009 to shutter the prison within a year, and later signed a memo that would move the detainees to Illinois. He faced opposition from Congress, which then passed legislation to transfer those detainees to American soil.

As of last year, forty men remained "detained" at the detention center, in part because there is no place to send those individuals. Among them is Khalid Sheikh Mohammed, the alleged mastermind of the 9/11 attacks. He and four other men are housed at the ultra-secret Camp 7. As The New York Times reported, "Lawyers who obtain court orders to see the prison have been transported there in windowless vans."

The ACLU has called the detention center and military commissions "catastrophic failures," and suggested it has become "a symbol of injustice, abuse, and disregard for the rule of law."

However, other legal experts have made the point that Guantanamo Bay shouldn't be closed. Among them is Major General Charles J. Dunlap Jr., USAF (Retired), professor of the practice of law at Duke Law and executive director of the Center on Law, Ethics and National Security.

"Closing GITMO is not in the cards, and shouldn't be," wrote Dunlap. "In a democracy, the will of the people matters. In that regard, virtually every poll has shown that Americans by a significant majority want the facility to continue to operate.

"Furthermore, to my knowledge, there is no Congressional district anywhere that wants to be home to a stateside facility for GITMO detainees," added Dunlap. "Even in Colorado – which hosts America's supermax prison, Administrative Maximum Facility (ADX) Florence – the locals don't want the GITMO detainees, and Colorado's Democratic governor, John Hickenlooper, backs them."

Dunlap also addressed that were the detainees to be moved it would make escape more likely, but also make them more "accessible." That could result in what he called "endless protests by activists and opponents of U.S. policies" and would likely never end.

There are also those who believe that the entire military facility at Guantánamo Bay should be closed, and not just the detention facilities. While Cuba and the United States did sign a perpetual lease that rents the land on Cuban soil to the United States in 1934 – since the Cuban revolution the communist regime has called for the return of the "usurped territory."

However, even President Obama likely never considered shutting down the entire military base, nor has any other previous president.

Moreover, since taking office, President Donald Trump even signed an executive order that would keep the prison camp open, and in his 2017 State of the Union Address the president said that he directed his then-secretary of defense, James Mattis, "to re-examine our military detention policy and to keep open the detention facilities at Guantanamo Bay."

As it now stands, it is very unlikely the Naval base or even detention camp will close anytime soon.