Why the Gulf States and America Can't Agree on Sudan 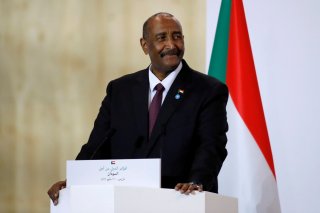 On November 21, the Sudanese military signed a deal with civilian Prime Minister Abdalla Hamdok, nearly one month after they detained him under house arrest following a coup. In the weeks leading up to the agreement, security forces gunned down dozens of protesters on the streets of Khartoum, with various civilian political leaders remaining under arbitrary house arrest. Upon his release, Hamdok praised the agreement reached with his captors, but the full content of the deal has yet to be released. Despite this, the United States and various Gulf states were quick to applaud the agreement as a success. While the United States and Gulf states are eager for other countries to recognize their contributions to a seemingly democratic agreement, their motivations are distinct and contradictory.

The Biden administration was caught off guard when the coup erupted just one day after the Sudanese military discussed a peaceful transition of power to a civilian-led government with U.S. officials in Khartoum. Senior envoy Jeffrey Feltman specifically warned the Sudanese military not to seize power, but within hours Sudan’s top military official Gen. Abdel-Fattah Burhan ignored that advice. U.S. officials were genuinely shocked that the Sudanese military was willing to defy them and forgo nearly $700 million in promised aid. State Department Spokesman Ned Price stated “To be clear, we [the United States] were not given any heads up about this.”

To reverse its perceived failure to prevent a coup in Sudan, the White House helped broker the new agreement signed by the military and formerly detained prime minister. Though the United States couldn’t stop the military takeover from occurring, it could still elevate its image by supporting a solution that appears more “democratic.”

In his first address to his country after being released from house arrest, Hamdok pledged that the deal would help “address the challenges of the transitional period.” Burhan agreed that the deal “could lay a genuine foundation to the transitional period.” However, by signing this agreement, Hamdok is essentially legitimizing the coup and the military’s right to hold some level of power over Sudan. Additionally, the new Hamdok-led Cabinet the deal proposes will still fall under military oversight for the foreseeable future.

While the Biden administration’s motivations for brokering the Sudanese agreement may be in part based on international perceptions, the Gulf is coming from a different angle: Saudi Arabia and the UAE are interested in bolstering a military-led government in Sudan. In addition to the Gulf’s strong and lengthy ties with the generals in power, expanding their footprint in the Horn of Africa would benefit their domestic interests while countering Qatar and Turkey’s agendas in the region.

Following the overthrow of Sudan’s authoritarian leader Omar al-Bashir in 2019, Saudi Arabia and the UAE gave $3 billion in aid to Khartoum’s new military leaders. For Riyadh, warming relations with Sudan’s military leaders could lead to more Sudanese troops being deployed to Yemen to aid the Saudis in their war against the Houthis. For Abu Dhabi, Sudanese militias play a critical role in the conflict in Libya. Strengthening ties with a stable Sudanese government, regardless of who holds power, would thus benefit both Saudi Arabia and the UAE.

Ultimately, it remains to be seen how equitable Sudan’s new power-sharing agreement really is. The shaky situation in Khartoum, along with Tunisia’s power grab and Ethiopia’s Tigray crisis, is contributing to instability in the Horn of Africa. While this turmoil unfolds, regional powers will be quick to exploit its vulnerabilities.