Why Is the Immigration System Picking Up Legal Immigrants? 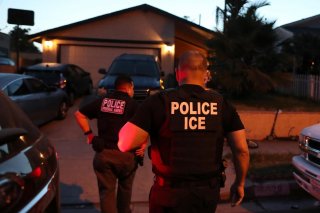 We’ve long complained about E-Verify’s failures. It fails miserably as a system designed to exclude illegal immigrant workers from employment. It is also error‐​prone, affecting some native‐​born Americans but mostly flagging legal immigrant workers as illegal immigrants. Correcting those errors can take weeks if all of the bureaucratic steps are followed. It’s no surprise, then, that E‐​Verify especially excludes workers on Temporary Protected Status (TPS) from working. Despite being authorized to work legally in the United States, TPS migrants are disproportionately flagged as ineligible to work by E‐​Verify. This is further evidence that E‐​Verify is a dangerously flawed system that should be repealed.

Most legal workers are instantly approved to work while some workers, mostly those who are illegal workers, are flagged with a tentative non‐​confirmation (TNC). The worker and the employer then have a certain amount of time in which to resolve the TNC by fixing errors entered into the E‐​Verify portal, providing other forms of identification, or pointing out errors in government databases that produce a mismatch. If they can resolve the TNCs, the worker can remain employed. If they can’t, E‐​Verify issues a final non‐​confirmation (FNC) and the worker must be fired.

E‐​Verify interacts with migrants on Temporary Protected Status (TPS) in a particularly pernicious way. TPS is a status for migrants in the United States who can’t return to their home countries due to an ongoing armed conflict, an environmental disaster, or other extraordinary and temporary problem. TPS migrants are not removable from the United States, are granted employment authorization documents, and may be granted travel authorization. There are approximately 411,000 migrants on TPS from 10 countries: El Salvador, Haiti, Honduras, Nepal, Nicaragua, Somalia, South Sudan, Sudan, Syria, and Yemen. TPS status will expire for many migrants in the coming years due to decisions by the Trump administration.

According to a recent USCIS data release in response to a FOIA, E‐​Verify was run 17,909 times against TPS migrants by employers in the 4th quarter of fiscal year 2019. Of those 17,909 E‐​Verify queries run against TPS migrants, E‐​Verify approved 16,299 of them to work and issued 1,610 with a TNC. In other words, about 9 percent of the E‐​Verify cases run against those on TPS in the 4th quarter of 2019 were mistakenly labeled at TNCs.

E‐​Verify later rescinded the TNCs in 323 (20 percent) of the E‐​Verify cases against TPS migrants, thus allowing them to work. About 9 percent of the legal TPS migrant workers were initially flagged by E‐​Verify as illegal and only 20 percent of those initially flagged were eventually allowed to legally work. About 71 percent were not resolved because the worker didn’t challenge the TNC or, more likely, the employer didn’t inform the worker of a problem. E‐​Verify incentivizes employers to pre‐​screen applicants by running them through E‐​Verify before hiring them, in contravention of the law, so many TPS workers hit with TNCs will never have a chance to resolve them.

TPS migrants were about 7.3 times as likely to be hit with a TNC than we’d expect if E‐​Verify errors were distributed randomly. TPS migrants were about 10.8 times as likely to have their erroneous TNC corrected as the rest of the population run through E‐​Verify. If 100 percent of the TPS migrants had their erroneous TNCs corrected, they would account for 6.7 percent of all corrected TNCs that resulted in the worker being hired, which is a rate of correction that would be 54 times greater than what we’d expect if E-Verify’s errors were distributed randomly.

TPS migrants were more likely to be run through E‐​Verify than their share of the U.S. population would suggest. They account for about 0.13 percent of the population but 0.18 percent of all E‐​Verify queries in the 4th quarter of fiscal year 2019. Even taking that into account, TPS migrants are still more likely to be granted false TNCs. No matter how you slice the numbers, even correcting for their elevated share of E‐​Verify queries, TPS holders disproportionately bear the costs of the error‐​prone E‐​Verify system.

The results for the 4th quarter of 2019 are not an anomaly. During the entire time covered by the USCIS data from January 2016 through January 21, 2020, there were 191,990 E‐​Verify queries run against TPS migrants. Of those, 11,610 or 6 percent, came back as TNCs. Of the 11,610 TNCs, 17.1 percent were later approved for work. About 83 percent of TNCs against legal worker authorized TPS holders were not corrected during that time.

E‐​Verify has been updated at least twice in ways that may have affected the issuance of TNCs for TPS workers. The first was in May 2018, right after a spike in the number of TNCs delivered against TPS migrants, and it guaranteed that E‐​Verify queries were run simultaneously against the Department of Homeland Security and the Social Security Administration databases. A second update in December 2019 automated the resolution of more TPS cases at the initial step, thus reducing the need to perform additional verification for cases involving TPS beneficiaries. It’s too soon to see if this later update has had any effect.

We’ve long known that E‐​Verify is an error‐​prone program that unintentionally denies legal immigrants the ability to work legally, but now we know that TPS workers are at even greater risk of being erroneously targeted by this program. At a very minimum, E‐​Verify errors like these should be minimized before the system is adopted by other states and localities. This is another reason to oppose E‐​Verify.

This article by Alex Nowrasteh first appeared in CATO on April 30, 2020.