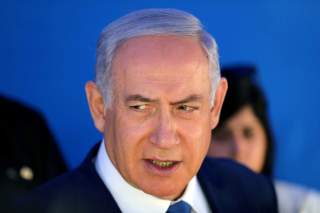 While the connection of Jews to Israel is frequently in the news, the changing nature of Jewish and Israeli links to Arab countries is a story that has shown up less frequently.

Yet that change is significant and noteworthy.

A new synagogue recently open in Dubai, the first in decades.

Jared Kushner, an observant Jew and a top adviser to his father-in-law, President Donald Trump, is close friends with the acting ruler of Saudi Arabia.

The foreign minister of Bahrain, a Gulf Arab country, gave an interview to Israeli media, highlighting the important role that Israel has in the contemporary Middle East.

This is a shift in official Arab postures towards Jews and Israel.

Since Israeli independence in 1948, the country’s presence in the region and dominion over Palestinian Arabs have fostered four major wars with Arab neighboring countries. Israel has only slowly achieved formal peace and diplomatic relations with Egypt, in 1979, and Jordan in 1994.

Why do more Arab states suddenly seem much warmer toward Israel, and, perhaps, by extension, to Jews and Judaism more generally?

There is both a simple and a complex answer here. The simple answer is Iran. The more complex one is that Israel, Arab states and the U.S. have found increasing common priorities of national security and strong authority.

A Brief History of Arab-Israeli Relations

From the advent of Islam into the 20th century, Jewish communities existed and often thrived across the Arab world.

The founding of the state of Israel changed this quickly. Viewed by most Arabs as an unjust post-colonial incursion of Europeans into a newly decolonized Middle East, Israel found itself attacked when its statehood began. It didn’t help that the emerging country’s military forces, and Arab leaders as well, pushed many Palestinian Arabs to leave their homes for other Arab states.

Given Arab states’ hostility to Israel, Jews in these countries mostly fled to Europe, Israel and the U.S. The influence of strong regional Arab identity and support for Palestinian Arabs in a charged Cold War global climate encouraged further Arab-Israeli wars in 1956, 1967 and 1973.

To be sure, the depth of Arab enmity towards Israel varied by country. Complex, cooperative links have nevertheless existed unofficially, such as economic ties between Arab Gulf states and Israel.

Still, after Egypt signed a peace treaty with Israel in 1979, it took another 15 years until a second Arab state, Jordan, established diplomatic relations with Israel. While Israel’s peace treaties with both Egypt and Jordan have remained intact for decades, relations have been mostly chilly, and no other Arab state has followed their lead.

Now there are growing signs of at least informal relations between Israel and many other Arab states.

The driver for much of this is Saudi Arabia, and its enmity toward Iran.

In recent years, the Saudi government has attempted to become the Arab world’s major power by using its economic clout, in a reaction to its own and neighboring states’ insecurity in the wake of the 2011 uprisings around the Arab world.

As part of this strategy, the Saudi government has intensified its long-term enmity toward Iran. Since its 1979 Islamic Revolution, Iran has been a vocal political force for Shi’i Islam, the major form of Islam distinct from Sunni Islam. Sunni Islam is the majority form of Islam which most Arabs embrace and the Saudis aspire to lead.

Under its crown prince and actual day-to-day ruler, Prince Mohammed bin Salman, Saudi Arabia has pursued its efforts to be the dominant Sunni Arab power more aggressively. This includes its military engagement in Yemen, where it has tried with limited success to eradicate local Shi’i forces that have some ties to Iran.

All of this is meant to both cement Saudi influence and cripple Iran. But the Saudi strategy has had mixed success.

The war in Yemen has bogged down, forcing Saudi ally, the United Arab Emirates, to pull back. Salman faces blowback from civil rights advocates for increasing Saudi crackdowns on political dissidents.

His limited success has given Salman all the more reason to stress alliances with like-minded rulers in the region. In addition to stalwart allies the UAE and Egypt, this definitely includes Israel. Indeed, Prime Minister Benjamin Netanyahu and Salman rival one another in their public enmity toward Iran.

Saudi Arabia’s increasing efforts to be the dominant Arab power in the Middle East are part of another trend in the region: the consolidation of states that focus on security at the expense of democratic rights.

The lesson many Arab governments seem to have drawn from 2011’s Arab Spring unrest is that dissent, and even open political expression, can mushroom into political collapse and chaos. Determined to avoid political challenge, most Arab political systems have amplified their already strong investment in internal security and cracked down on political speech.

At the same time, many Arab societies, including Saudi Arabia and the UAE, have made efforts to be more open to social diversity. There has been modest progress in gender rights in Saudi Arabia and increased tolerance of religious pluralism in Dubai, for example.

Strong security, limited official acceptance of political dissent and social pluralism also help align electoral democracies under stress with non-democratic governments. This is a current trend evident in the closeness of leaders like Trump and more repressive rulers like Vladimir Putin of Russia or Viktor Orban of Hungary.

It is no less of a trend in the Middle East. The approach of boosting military and police power and decreasing tolerance towards political opposition brings countries like Saudi Arabia and Israel naturally together.

Indeed, if Arab governments stress security to stave off fears of political uprising, they are likely to see Palestinians with little power under direct or indirect Israeli control as a problem to sidestep, rather than a priority to resolve.

In short, the threat of Iran and the prevalence of anti-democratic politics is solidifying a long-standing political affinity, and a growing behind-the-scenes alliance, between Israel, Saudi Arabia and Saudi Arabia’s Arab allies.

Arab-Israeli increasing collaboration may be good news for some Jews wishing to be more secure as visitors or residents in Arab countries. Yet the news is likely less good for people hoping for greater political rights for Palestinians, Yemenis and other beleaguered populations in the Middle East.

This story was originally published in The Conversation.