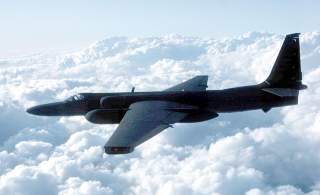 What would happen if Indiana Jones had a spy plane?

Ponder no more, as a declassified series of images from the cold war reveal archaeological sites viewed from tens of thousands of feet in the air.

The photos, believed to have been taken in the 1950s and 1960s, reveal detailed images of Europe, the Middle East, and central eastern Asia revealed landscape which had been worked over in the years following the flights.

“As you turn the spool of a film roll following the path of the U2 plane, you may not know exactly what you’ll see in unfamiliar places, so there’s often a sense of exploration and discovery,” said researcher Emily Hammer in a statement. “Other times, the pilots were flying over regions I knew by heart from travel and study, and I would almost hold my breath, hoping that the plane had veered just a little to the right or left.”

Ancient sites could be seen in the landscapes, including prehistoric hunting traps, ancient irrigation canals, and old marsh villages.

“We were able to map many features that have been destroyed since 1960 and are no longer visible in modern imagery,” Hammer and her colleagues wrote in their report. “This is particularly true for villages, corrals, and wheel structures, which are smaller than desert kites and more vulnerable to total erasure by modern agriculture and development.”

According to Gizmodo, the reports will be released to the internet, including all of the photos, so that other archeologists can use the data for their own studies.