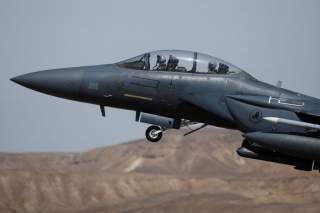 In agreement with the IIAF leadership — which had already concluded that the F-14 was the interceptor it was seeking — a letter was sent to the Pentagon to start the acquisition process, although the Iranians still offered McDonnell Douglas the chance to demonstrate its F-15A Eagle.

Iran’s inability to prevent overflights by Soviet MiG-25Rs is said by many Western observers to have been one of the main reasons why the country acquired the Grumman F-14. The truth is slightly different, however. Since the late 1950s, the Imperial Iranian Air Force (IIAF, renamed Islamic Republic of Iran Air Force, IRIAF, after the Islamic Revolution), in cooperation with the USAF, had been flying highly secret reconnaissance flights over the USSR. Initially, lighter aircraft (even transports) were used, and several were shot down by Soviet fighters. After the first F-4s arrived, the IIAF also received some RF-4Es, and operations were intensified.

The Soviets were, understandably, concerned about Iran’s massive re-armament, and started their own reconnaissance missions over the country. IIAF interceptors — especially F-4Ds — repeatedly tried to catch the MiG-25Rs, but this proved a very difficult task as the routes flown by the overflying `Foxbats’ were carefully chosen.

The Shah was not interested in a direct confrontation with the USSR, so as the mutual airspace violations intensified, he offered to stop IIAF — and American — overflights if the Soviets would do the same. This offer was repeated, and turned down, several times. The IIAF was therefore ordered to fly two or more missions over the USSR for every Foxbat flight, initiating a ‘tit for tat’ campaign. But a more powerful weapon system than Sparrow-armed F-4s was needed to prevent Soviet incursions.

Meanwhile, in line with plans for massive Iranian military development during the 1970s, as well as future cooperation with the US, the IIAF was seeking a new interceptor that was able to meet foreseeable threats over the next 20 years. It would have to cover huge areas of Iranian airspace using powerful sensors and weaponry, and have a corresponding endurance and combat ability.

At the time all these capabilities were combined in a single airframe to produce the world’s first ‘superfighter,’ an interceptor able to confront most threats: the Grumman F-14 Tomcat. It was also the most costly and complex fighter built to date. It was not long, therefore, before controversy arose in the US resulting from development problems, cost overruns (caused by rampant inflation) and a debate centring on whether such an expensive aircraft was needed at all. As a result, both Grumman and the U.S. Navy were seeking an additional customer to share the cost of further development and production.

By October 1971, Grumman had established the first contacts with the Iranian government, and the following March Gen Hassan Toufanian was allowed to see secret information pertaining to the F-14. Toufanian was a military advisor to the Shah, as well as Deputy Minister of War and Director of the Arms Industries and Military Procurement Organisation. Soon, the Shah himself was showing an interest in the aircraft.

In agreement with the IIAF leadership — which had already concluded that the F-14 was the interceptor it was seeking — a letter was sent to the Pentagon to start the acquisition process, although the Iranians still offered McDonnell Douglas the chance to demonstrate its F-15A Eagle.

Early F-14 pilot Capt Rassi explains in Tom Cooper and Farzad Bishop’s book Iranian F-14 Tomcat units in combat published in 2004 (the names of all F-14 pilots and RIOs interviewed for the book, active or retired, have been changed for security reasons) why the Iranians were so interested in the Tomcat:

`There were several factors which influenced the selection of the F-14. Iran’s northern border with the USSR, and those to the west and southwest with Iraq, are guarded by high mountains. Our Air Defence Command was building radar outposts on many peaks for better radar coverage, but we could never improve the situation with ground-based radar alone. There were too many “blind spots” in this coverage, and the big white domes of our radar stations were also excellent targets, visible from up to 50 miles away. Intelligence information obtained at the time verified that the Soviets would indeed strike them first.

`In the south, along the Persian Gulf coast, we had only US-supplied radars, which did not work properly in hot and humid conditions — that is, for ten months of the year — and otherwise also had poor performance, despite several upgrades. All the radars supplied to the IIAF as part of Military Assistance Program projects were far from being top-of-the-line. The Americans gave us what they wanted to give, not what we needed.

`For two years — 1973-74 — a group of Iranian radar instructor including Col Iradj Ghaffari (the first Iranian tactical radar instructor) studied coverage problems associated with “Radar Sites Reinforcement,” but could not find a solution. Eventually, it was decided that a “flying radar” would eliminate the terrain masking problems. That flying radar would also have to be able to defend itself. It is beyond doubt that during the war with Iraq, the F-14 proved that it was exactly what we needed.

`Before these studies were conducted within IIAF circles — at the time we were still flying F-5A/B Freedom Fighters and F-4D Phantom IIs we started looking for a top-of-the-line fighter interceptor. The result of these studies, directed by Gen Mehdi Rouhani, was a requirement for F-14s and AEW aircraft. US briefings on F-14s and F-15s undoubtedly helped us to formulate our requirement. We created the plan to purchase eight AEW aircraft — initially four, followed by four more — and the F-14s. Eventually, four orders were issued — the first for 30 Tomcats and the second for 50. There was one for Boeing E-3 Sentry AWACS, followed by one for two communication satellites, which would enable all these aircraft to communicate securely with each other.’

Unaware that the Iranians had already identified the F-14 as the right aircraft for their unique operational requirements, the US Navy and Grumman started an intensive campaign to ‘sell the Shah’, which included sending the F-14 Program Coordinator of the Chief of Naval Operations, Capt Mitchell, to Tehran twice to brief the Shah and IIAF commanders on the Tomcat’s capabilities. This culminated in a spectacular fly-off in July 1973 at Andrews AFB, Maryland, for the Shah and a group of high-ranking Iranian officers.

While many US officials and Navy officers still believe that this stunning show put on by Grumman test pilots influenced the Shah’s final decision to order the F-14, Iranian officers interviewed by Cooper and Bishop strongly disagree. One of the first to fly the Tomcat was Maj Ali. He had experience of the F-4, as well as having exchange tours with the USAF, Israeli Defence Force /Air Force (IDF/AF), Luftwaffe, US Navy, RAF and Pakistani Air Force to his credit. He was later to score more than five aerial victories against Iraq, and he offered a further insight into the background to the Iranian order:

`Both the IIAF and the Shah had studied the F-14A and the F-15A since their inception. In 1972, very early on in our studies, we learned that the F-15A with the AIM-7F missile was to be a deadly fighter-weapon mix, but not as deadly as the AIM-54-armed F-14A. It was clear to us that the F-14/AWG-9 pulse-Doppler radar/AIM-54 combination would be unequalled in the world – which it remains today [as we have pointed out the book was published in 2004]. The AWG-9 enabled us to engage at ranges that F-15 pilots could only dream of. We could even use AIM-7s and AIM-9s at longer ranges than the Eagle. Yet this complex radar and weapons system was simple to operate. It took much practice and hard work to operate the weapon systems in the F-15A, and the USAF had still to clear these initial problems with the man-machine interface — especially the Head-Up Display — and this did not happen before the mid 1970s.

`Of course, we were most impressed by both fighters. They had great visibility from their roomy cockpits, were built specifically for fighter pilots and had excellent state-of-the art avionics, powerful engines and excellent manoeuvrability. Both boasted precise target tracking during air combat and had no real angle of attack (AOA) limits, except in training.

‘The F-15A was pleasant to fly due to its flight control augmentation system, which was a major improvement at the time. However, we also concluded early on that the F-15A would not be as manoeuvrable or as flexible as the F-14A. The Tomcat has very straightforward flight characteristics, but is highly agile. The pilot enjoys manoeuvrability to an extent previously only dreamed of. The jet’s variable sweep wings and aerofoil qualities give it a great advantage when manoeuvring. At low level and at low or supersonic speeds, with pilots of equal skill, the F-14A always wins against the F-15A. I know this as a matter of fact — I was later to fly F-15As with the USAF in mock-dogfights against US Navy F-14As.