Why Is Israel Simulating Attacks on Its Own Nuclear Reactors? 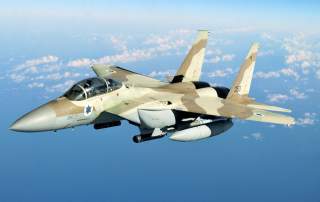 “The Israel Atomic Energy Commission has been taking numerous steps to protect the nuclear reactors in Dimona and Nahal Sorek in light of assessments that Iran and Hezbollah see the reactors as preferred targets for missile attacks,” the left-leaning Israeli daily, Haaretz, reported on June 28.

According to the Haaretz article, members of the Israel Atomic Energy Commission (IAEC) believe that a missile attack is the greatest danger to the reactors today.

The report added that “recently the IAEC held a large training exercise that simulated a missile attack on one of the reactors, and included the evacuation of employees and actions to prevent a leak of radioactive materials.”

This threat is hardly imaginary, as Hezbollah leader Hassan Nasrallah has repeatedly threatened to attack Israel’s nuclear reactors as well as its chemical supplies.

“I call on Israel not only to empty the ammonia tank in Haifa, but also to dismantle the nuclear reactor in Dimona. Our military capabilities will strike Israel and its settlements,” Nasrallah said in February of last year.

He added: “In Israel, they know that Hezbollah has the possibility of reaching the nuclear reactor, which is antiquated, and it doesn’t require major force to hit.”

IAEC members downplayed the actual dangers of an attack on one of Israel’s reactors. According to Haaretz, the IAEC believes that even if a missile hit one of the reactors the employees inside would be safe.

What the commission does fear is that the attack would be extremely useful for propaganda purposes. Indeed, Dimona has long served as a potent symbol of Israeli power ever since Israel’s founding father David Ben-Gurion purchased it from France.

The IAEC is also concerned that an attack against Israel’s reactors would spark panic among the Israeli public, similar to how some observers worry that the use of a dirty bomb in a crowded city would be a “weapon of mass disruption.”

The IAEC’s assessment might be overly optimistic, however. As Haartez’s notes, last year four Israeli scientists— including Irad Brandys, an engineer at the Dimona reactor—published an article estimating the damage caused by a Scud missile attack on a nuclear reactor similar to the ones that Israel operates.

They concluded that “the monitor and control equipment can resist the in-structure shock both in the horizontal and vertical directions when the missile explodes beyond 35 m.”

However, missiles that landed closer to the reactor could cause various types of damage, including (in Haaretz’s description) “a breach of the reactor’s protective envelope, which could lead to a leak of radioactive gas, as well as a disruption to critical systems, most importantly the reactor’s cooling system.” The loss of electricity powering the cooling systems of some of Japan’s reactors was at the heart of the Fukushima nuclear disaster in 2011.

Of course, most missiles are not anywhere near accurate enough to hit a target within 35 meters, at least with any sort of consistency.

Arguably Iran’s most advanced missile is the Emad, which has a maneuverable re-entry vehicle (MaRV). MaRVs allow the missile’s warhead to maneuver late in flight both to evade missile defenses and achieve pinpoint accuracy.

But Iran’s Emad missile is believed to have an accuracy (technically a circular error probable) of five hundred meters. That means that fifty percent of the time it would land within five hundred meters of the target. Thus, even if Iran gave Emad missiles to Hezbollah, the Lebanese group would have to get extremely lucky to have one of them land within thirty-five meters of one of Israel’s reactors.

Still, the IAEC’s concerns highlight an underappreciated cost of nuclear reactors—the need to protect them, not just from terrorist groups but also from nation states. Of course, Israel itself has illustrated this challenge in the past when it bombed both an Iraqi and Syrian reactor before they were operational. This concern is especially warranted as more countries in the region begin building nuclear reactors.

Israel has also worried about the vulnerability of its Dimona reactor before. In fact, according to Avner Cohen—who has written extensively about the Israeli nuclear program—concerns that Egypt was preparing to attack Israel’s nuclear reactor was one factor that prompted the Jewish state to launch a preemptive attack in the Six Day War.

“Dimona was on the minds of Israeli leaders, especially Prime Minister [Levi] Eshkol, almost from the beginning of the crisis,” Cohen stated in his book Israel and the Bomb.

Egyptian President Gamal Abdul Nasser had threatened to attack Dimona a number of times during the 1960s. Then, Egyptian aircraft made a number of reconnaissance flights over Dimona in the days leading up to the war. And, as Cohen writes, “After the war it was discovered that the two Israeli nuclear research centers, at Dimona and Nachal Soreq, were high-priority targets in Egyptian war plans.”