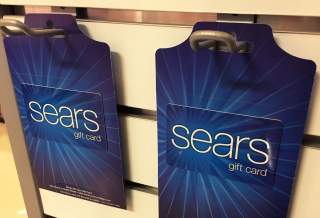 The Americans with Disabilities Act (ADA) reaches its 30th anniversary this year, which will touch off a year’s worth of coverage likely to be almost wholly celebratory in tone. Ten years ago, on the law’s reaching its 20th year, I took a less celebratory view that I think holds up well.

Meanwhile, back in the trenches, four law firms and associated clients over a period of about a week last fall launched a wave of more than 100 putative class actions charging that retailers are violating the ADA by marketing gift cards that do not include Braille versions. Earlier, the same four firms and their associated clients had filed hundreds of New York lawsuits alleging that websites fell short of accessibility to the disabled.

“The targets selected by plaintiffs in this new wave run the full gamut of retail establishments, including big box retailers, grocery stores, movie theaters, restaurants, clothing brands, and online gaming and other services,” reports one law firm. Typically, according to the Lawsuit Reform Alliance of New York (LRANY), “a successful plaintiff in [a local web accessibility] settlement will receive only $500 per case, but attorney’s fees average many times that amount, approximately $16,000 per case or more, depending on the law firm, the court and other factors, thereby giving plaintiff’s lawyers ample incentive to file as many cases as possible.” One attorney is said to have made about a million dollars a year this way over eight years.

Does the ADA really require Braille on gift cards as an accommodation? Who knows? The courts are unlikely to provide a firm answer any time soon, what with the Supreme Court speaking only very infrequently and generally on the subject. Last fall, in the Domino’s case, it ducked a chance to address the most pressing ADA issue of the past decade: the extent to which it requires redesign of websites.

And so the ADA continues making life miserable for businesses and other regulated parties both large and small (just this weekend San Jose Spotlight reported on the demise of a much‐​loved local coffee shop). As I wrote last year in this space:

Because ADA requirements are both obscure and voluminous and even compliance experts do not agree among themselves how much accommodation counts as enough, potential violations can be found at most businesses. While the ADA is a national law, much of the mass filing of accessibility complaints goes on under state laws that piggyback or expand on the federal version, often with added features enhancing damages or attorney’s fee entitlements.

Only Congress can clarify what this law means, and it consistently refuses to do that, no matter which party is in charge. You can read more about the ADA’s ongoing impacts here, here, here, here, and here [adapted from Overlawyered]

This article by Walter Olson originally appeared in the CATO at Liberty blog in 2019.