Why It Is Now Nearly Impossible To Own a Machine Gun 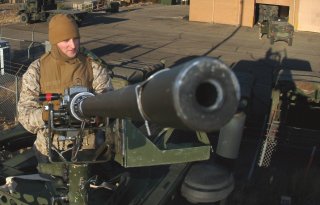 Despite some common misconception on the legality of “machine guns” and other automatic weapons, in thirty-seven U.S. states, it is legal to own such firearms that are highly restricted under the National Firearms Act of 1934. In other words, if you live in one of those states, you can in fact buy a machine gun.

It isn’t as easy as going down to the local gun shop, however. These weapons are actually rather uncommon and considerably expensive. Buying one requires a comprehensive background check with the Bureau of Alcohol, Tobacco, Firearms and Explosives’ (BATFE) NFA branch—and can take up to a year. There is a $200 transfer fee/stamp that is paid by the buyer. And once the firearm is transferred, there are rules on transportation and even storage of the weapon.

And unless the buyer is a Class III gun dealer or law enforcement, it is also impossible to buy a “new machine gun”—or more accurately, any machine gun made after May 19, 1986.

The reason is because of the somewhat ironically named “Firearms Owners Protection Act,” which was passed into law on the above date.

The purpose of the FOPA was actually to revise many provisions of the Gun Control Act of 1968 and forbid the government from creating a national registry of gun ownership. The bill even had the support of the National Rifle Association (NRA) and seemed like it would live up to its name.

But as a final vote was about to be made in the House session, New Jersey Democrat William Hughes introduced an amendment that forbade the sale to civilians of all machine guns made after the date the law was enacted. Why the NRA didn’t oppose the bill is still questioned, but it seems it was a case that few people just really paid enough attention at the time—the Democrats controlled Congress, the bill passed, and was then signed into law by President Ronald Reagan.

As NPR reported, former NRA lobbyist Richard Feldman, who has since parted ways with the organization, said the NRA was even willing to let the machine gun ban go forward if it meant the larger bill it was attached to would pass. At the time the NRA saw the passage of the law as a victory.

And with that, the sale of new machine guns was banned. While licensed dealers can still acquire so-called “post-ban samples,” it is essentially impossible for any new machine gun to be sold to civilians. That may not seem to be a huge deal for most people, but many gun law experts have warned that it isn’t just about limiting the supply of machine guns to collectors—which has driven prices up as the supply can never increase.

The bigger issue is that it has served as a precedent that could open the door to restricting civilian access to semi-automatic firearms such as the AR-15.

As the liberal website Mic reported, “As a result of FOPA’s implementation, machine guns were largely regulated out of circulation. The law choked off a major point in the machine-gun supply chain used by professional crime syndicates for whom they were the weapon of choice: In 1980, machine guns were used in 23% of homicides in cartel-ridden Miami. Machine gun deaths are so rare today that it’s nearly impossible to find data on any crimes involving automatic weapons at all.”

That, reportedly, is factually wrong.

In fact, since the passage of the National Firearms Act in 1934, there have been only a handful of cases where a legally owned machine gun or automatic weapon was used in a crime and three of four of the cases on record involved an individual who worked in law enforcement or was in the military and didn’t have to go through the same process as civilian gun owners. The details of the fourth case remain vague and may be the only time a legally owned machine gun was used in crime since 1934.

In other words, since 1934 machine guns haven’t been used in many—if any—crimes, yet the FOPA act has only limited the supply and driven up sales. If that is what Rep. Hughes had in mind, then mission accomplished.