Why It's Not Easy to Replace the Army's M-16 Rifle 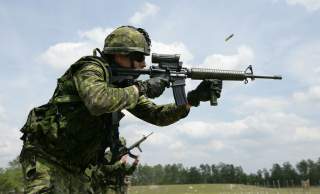 This article by Joe Trevithick originally appeared at War is Boring in 2014.