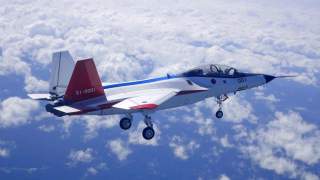 Key Point: The F-3 is also a way for Japan to maintain its domestic aerospace design capability.

Charlie Gao studied Political and Computer Science at Grinnell College and is a frequent commentator on defense and national security issues. This article was first featured earlier in 2019 and is being republished due to reader's interest.