Why Just About Everyone Fears the F-16 Fighting Falcon 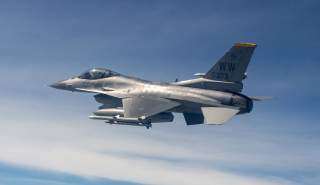 The F-16 has more than earned its current popular nickname among pilot as “the Viper,” and will continue to occupy a prominent role in military aviation across the globe for decades to come.