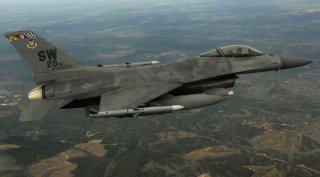 Here's What You Need To Remember: For the purposes of Lockheed's marketing campaign, the F-21 is a new fighter, although it shares many of its major features with the F-16V the company has sold to Bahrain, Greece, Slovakia, South Korea and Taiwan. Lockheed can build new F-16Vs or upgrade older F-16s to the V-standard.

David Axe serves as Defense Editor of the National Interest. He is the author of the graphic novels  War Fix, War Is Boring and Machete Squad. This first appeared in May 2019.