Why Lots of Glock Guns are Coming to U.S. Customs and Border Protection 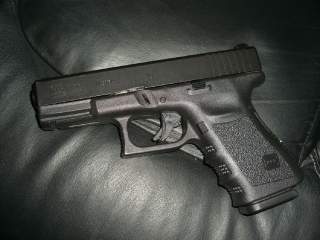 Why is this occuring?

The sidearm of a Customs and Border Protection (CBP) officer constitutes a critical part of the United States of America’s “first line of defense.” For fifteen years, this pistol has been a .40 caliber Heckler and Koch P2000. But in April 2019, the CBP announced that it had adopted the 9x19mm Glock 47 and Glock 19 as the new standard issue sidearms of CBP officers nationwide. The Glock 26 is also being bought as part of the contract for concealed use.

This adds the CBP to a long line of agencies that have moved to the latest generation of Glock pistols. In 2019 alone, Generation 5 Glocks was also adopted by the Singapore Police Force, the Saxony-Anhalt State police, and multiple local police departments in the United States. Large profile organizations and units like Delta Force and the FBI have almost fully moved from .40 caliber guns to 9mm Glocks.

Interestingly, of all the Generation 5 Glocks adopted across all of these agencies, there seem to be some general trends in what departments want. Overwhelmingly, Glocks adopted in 2019 have been some variation on the “compact” Glock 19.

Interestingly, the CBP’s Glock 19 lacks the “half moon” cut at the front of the trigger guard. The purpose of this cut is to ease stripping out magazines that may become stuck in the gun due to debris in the magwell or on the magazine. It was first introduced on the FBI’s Glock 19M and is present on commercial Generation 5 Glock 19s, but the CBP Gen 5 Glock 19 omits it, probably due to the negative ergonomic effects it can have on the shooter’s grip.

However, the bigger shake-up in the CBP’s adoption of the Glock 26, 19, and 47 is the move to 9x19mm Parabellum from .40 S&W. As federal law enforcement agencies tend to set the trends for local agencies, this could mean that .40 S&W may see a rapid drop in usage in the near future.

Glock appears to have embraced this trend. As of April 2019, the only Generation 5 Glocks being made are in 9x19, making them one of the first large manufacturers to not release their latest pistol in .40 S&W. Ironically, Glock was the first manufacturer to begin making pistols in .40 S&W in 1990, beating the designer of the cartridge, Smith and Wesson by a couple of months.

The move to .40 S&W is likely a result of FBI ballistic testing with recent 9mm bullet technology. .40 S&W has always been described as a “snappy” cartridge due to the higher muzzle energy. Recent bullets in 9mm have better penetration and expansion than previous rounds, on par with or surpassing .40 S&W. Given that 9mm guns will always have a higher capacity and less recoil, the benefits are obvious. Since the FBI shares this testing data with local police departments, it is likely that it is being used to drive procurement decisions towards 9mm guns.