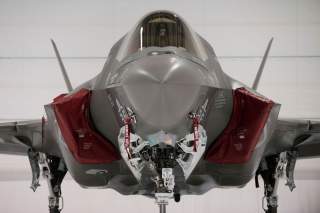 Key point: Without the EA-6 Prowler, the Marines need a new plane to conduct electronic warfare. Perhaps a modified F-35 is the answer?