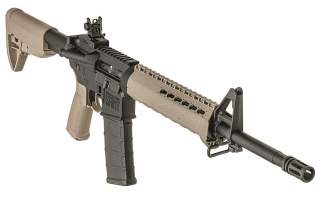 Key point: Boston’s efforts to stop the ownership of certain weapons will likely be headed to the Supreme Court.

Massachusetts law currently prohibits ownership of “assault weapons,” the statutory definition of which includes the most popular semi-automatic rifles in the country, as well as “copies or duplicates” of any such weapons. As for what that means, your guess is as good as ours. A group of plaintiffs, including two firearm dealers and the Gun Owners’ Action League, challenged the law as an unconstitutional violation of their Second Amendment rights. Unfortunately, both a federal trial judge and appellate court upheld the ban—though they could not agree on why.

The trial judge followed the lead of the Maryland case of Kolbe v. Hogan (in which Cato filed a brief supporting a petition to the Supreme Court), misconstruing from a shred of the landmark 2008 Supreme Court opinion in District of Columbia v. Heller that the test for whether a class of weapons could be banned was whether it was “like an M-16.” Meanwhile, the U.S. Court of Appeals for the First Circuit (in which Cato also filed a brief), conjured up a complex interest-balancing test that boiled down to a much simpler question: is it like a handgun? If not, the weapon is not sufficiently “well-suited” to self-defense in the home and can be banned. Both tests contravene the core holding of Heller that all weapons in common civilian use are constitutionally protected.

The plaintiffs are now asking the Supreme Court to hear their case. Cato, joined by several organizations interested in the protection of our civil liberties, has filed an amicus brief supporting the plaintiffs’ petition. We discuss how the federal circuit courts have, absent further guidance from the Supreme Court, stumbled around in the dark in their attempts to apply Heller’s “common use” test.

Although the courts have uniformly looked to statistical data of some form in establishing common use, they have been unable to agree on what the relevant statistic is. The total number of the banned weapons owned, the percentage the banned weapons constitute of the total national arms stock, and the number of jurisdictions in which the banned weapons are lawful have all been used to determine the breadth of constitutional protection. By any metric, however, the weapons banned by the Massachusetts law are clearly in “common use.”

Several circuits have also added their own personal touches onto Heller’s test. In this case, the First Circuit panel twisted the “common use” test and looked at whether the banned weapons have “commonly been used for home self-defense purposes,” instead of for any lawful purpose. The panel also followed several other courts in balancing the plaintiffs’ Second Amendment interests against those of the government, despite the Supreme Court’s express rejection of an interest-balancing approach in Heller and the follow-up case McDonald v. City of Chicago.

This skewing of legal frameworks is especially troublesome where the Supreme Court has remained silent on the scope of the right to keep and bear arms for the last decade, leading to a fractured and unpredictable state of the law.

Today, the majority of firearms sold in the United States for self-defense are illegal in Massachusetts. The lower courts erred in upholding this abridgment of Bay State residents’ rights. The state law is unconstitutional on its face, while the rationales provided to uphold it lack legal or historical foundation. We urge the Supreme Court to hear the plaintiffs’ case and make clear that the Second Amendment is not a second-class right.

The Supreme Court will decide later this fall whether to take up Worman v. Healey.

This article by Ilya Shapiro and James Knight originally appeared in the CATO at Liberty blog in 2019.