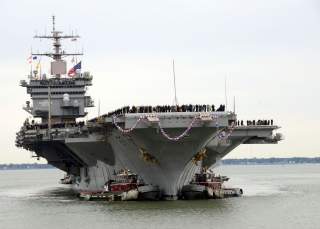 Key point: Once the large, nuclear-powered USS Enterprise showed that such carriers were possible, Washington ordered more. Before long, the Navy would come to always rely on supercarriers.