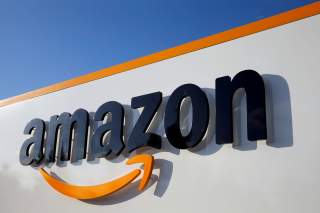 Technically, I guess, it was Amazon who rejected the Big Apple last February — deciding not to build a massive corporate campus in Queens and locating some 25,000 jobs there — rather than the other way around. (The company is still coming to Virginia, the other winner of its nationwide “search.”)

But that cancelation of Amazon’s announced plans came after “an unexpectedly fierce backlash from lawmakers, progressive activists, and union leaders, who contended that the tech giant did not deserve nearly $3 billion in government incentives,” according to The New York Times. A comparatively small group of noisy activists may have seen it as a victory, but most New Yorkers didn’t. Same with Gov. Andrew Cuomo and Mayor Bill de Blasio who sought to “diversify the city’s economy from being so dependent on Wall Street.”

Just how much did that backlash cost NYC. Here is economist Enrico Moretti, author of “The New Geography of Jobs,” in a fantastic interview with the Richmond Fed (bold by me):

The cost to New York is represented not only by the 25,000 forgone Amazon jobs, but more importantly, also by the forgone agglomeration effects Amazon could have brought to New York. By having Amazon in New York, the city could have attracted more internet and software companies. My work suggests that the indirect agglomeration benefits would probably have been even more important than the direct effect of adding 25,000 new jobs inside Amazon. Overall, the city has forgone a large number of good jobs, not just within Amazon but from an entire ecosystem that could have formed around Amazon. Keep in mind that while finance still offers excellent average salaries, over the past 10 years, salaries in tech have grown more than salaries in finance.

The New York economy, of course, will survive. Without Amazon, it might grow less and might be less diversified. But it remains a thriving regional economy with strong fundamentals.

In a new paper I just finished, I find that by concentrating geographically, high-tech firms and workers become more productive and more innovative, which has aggregate benefits for the national economy. In particular, if you take the current location of inventors in the United States, which is now very concentrated in a handful of locations, and you spread it across all cities, to the point where you equalize the number of inventors in each city, the US aggregate production of innovation in the United States would decline by about 11% as measured by number of new patents. Thus, the concentration we observe in tech employment has drawbacks in the sense that it increases inequality across cities, but at the same time, it is good from the point of view of the overall production of innovation in the country. I see this as an equity-efficiency trade-off.