Why Pakistan Should Fear a Taliban Takeover of Afghanistan 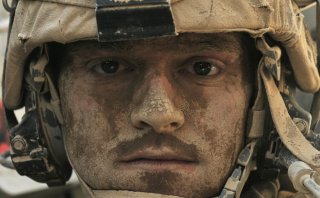 In May, the United States is supposed to withdraw its remaining forces from Afghanistan in line with an agreement signed with the Taliban in Doha last year. But violence is escalating and the intra-Afghan talks mandated by the Doha accord have made little progress. If American troops leave, the Taliban might abandon the peace process and seize power by force.

This would arguably be “mission accomplished” for Pakistan, which has backed the militant group since its inception in the 1990s to establish strategic depth in Afghanistan and counter Indian influence there. The Afghan government maintains close ties to New Delhi and its ouster would likely harm India’s interests.

However, Islamabad appears to want a “responsible” U.S. withdrawal and has repeatedly insisted it would prefer an inclusive administration in Kabul. This might be an attempt to deflect accusations that it supports the Taliban, of course, but there are good reasons for Pakistan to oppose a takeover by the militant group and a restoration of its theocracy.

As former U.S. counterterrorism official Tricia Bacon notes, “Though Pakistan and the Taliban have long-standing common interests, these have not produced a friendship. Pakistan’s security establishment largely views the Afghan Taliban with contempt, while the Taliban often resents Pakistan’s interference.”

For years Islamabad has tried to push the Taliban around, often at Washington’s behest. Before 9/11 the United States asked Pakistan to pressure former Taliban chief Mullah Omar into surrendering Osama bin Laden, which he refused to do. Former Pakistani President Pervez Musharraf also tried—and failed—to prevent the Taliban’s destruction of the Bamiyan Buddhas.

Efforts to strongarm the Taliban continued after the group’s fall from power. When the Afghan conflict stalemated and the United States started exploring a diplomatic solution, Islamabad was called on to bring the Taliban to the negotiating table. But the Taliban went behind Pakistan’s back and opened secret talks with the Afghan government.

This infuriated Pakistan, which wanted to control negotiations. The Pakistani Inter-Services Intelligence (ISI) proceeded to punish the Taliban by detaining half of its leadership in a 2010 sweep, including the current deputy emir, Mullah Baradar. Some Talibs were allegedly mistreated in Pakistani custody; one—former defense minister Mullah Obaidullah—may have died under torture.

So, while Pakistan has hosted and helped the Taliban, it has also tried to bully them. And it has done that partly at America’s request, effectively siding with the Taliban’s main enemy. Indeed, Islamabad provided crucial assistance to the U.S.-led military campaign which removed the group from power in 2001.

It also handed captured militants over to U.S. custody, including former Taliban ambassador to Pakistan, Mullah Zaeef, who was transferred to Guantanamo Bay. Zaeef vilifies Pakistan and its intelligence agency in his memoir, an attitude echoed in later interviews with Taliban members.

In other words, there is bad blood between the militant group and its Pakistani sponsors which could negatively impact their relationship going forward. Pakistan is generally viewed with suspicion in Afghanistan, and a Taliban regime would have a political incentive to distance itself from Islamabad to win domestic popular support.

In the 1990s, the Taliban did not kowtow to Islamabad and followed previous Afghan governments in rejecting the “Durand Line,” the disputed border with Pakistan. Taliban fighters have more recently insisted that the Pashtun areas of Pakistan belong to Afghanistan.

This could become a flashpoint if the Taliban returns to power, all the more so because Pakistan is building a border fence along the Durand Line which slices through tribal territory, separating families and obstructing economic activity. The Taliban has apparently tried to block construction of the fence in some places.

A Taliban regime might also host militant groups that are hostile to Pakistan. Islamabad has pursued a dual strategy with militants, supporting some (like the Afghan Taliban or Lashkar-e Taiba) which further its interests, and opposing others (like ISK, Al Qaeda, and the Tehrik-i Taliban Pakistan (TTP)) which attack Pakistanis.

The Taliban do not share this approach. While the movement indeed opposes the Islamic State, it continues to harbour Al Qaeda and it has never condemned or attacked the TTP, which sought refuge in Afghanistan after the Pakistan Army expelled it from the tribal areas in 2014.

Between 2007 and 2015, TTP terrorized Pakistan with repeated mass-casualty attacks, including a horrific assault on a school in 2014. The prospect of an energized TTP, aided and inspired by the Afghan Taliban, must be of great concern to the Pakistani leadership. It is also bad news for China, whose workers in Pakistan have been attacked by the group.

If the Taliban return to power and host extremists as they did in the 1990s, the United States would likely call on Islamabad to pressure them into expelling their guests. That did not work back then, and may not do so this time around, either. Pakistan would be blamed, and U.S.-Pakistan ties could suffer as a result, driving Islamabad further into Beijing’s arms.

Islamabad would have less leverage over a Taliban regime now than it had in the 1990s, when Pakistan was one of only three states to recognize its government. Recently the group has cultivated diplomatic contacts with most countries in the region, including former adversaries like Iran and Russia, or Qatar, where its political office is based.

Pakistan’s economic ties with Afghanistan might also be impaired if the Taliban seized power. Sanctions would likely be imposed on Afghanistan by the United States and international community, constraining trade and investment. Islamabad’s longstanding hopes of connectivity with Central Asia via Afghanistan would be dashed.

Moreover, a Taliban takeover might be resisted by other Afghan armed groups. Conflict and continued instability would further hamper economic activity and might unleash a flood of refugees into Pakistan, placing a major burden on the strained Pakistani economy and making it easier for militants and smugglers to infiltrate the country.

The drugs trade would also surely intensify under a Taliban regime. The movement is deeply involved in narcotics and could use the levers of government to facilitate trafficking and cultivation. Opium is Afghanistan’s main source of revenue and it will take years, if not decades, for the ruined country to develop viable economic alternatives.

A boom in Afghan narco-trafficking is the stuff of nightmares for Pakistan. The country already has a sizeable population of addicts. In recent years crystal meth has become increasingly prevalent among Pakistani youth and will likely get even worse as Afghanistan has started producing cheap meth using locally-grown ephedra.

Despite all these problems, a Taliban-run Afghanistan would at least be less friendly to Pakistan’s arch-rival, India, than the current government. Delhi is one of the few regional powers not to have forged diplomatic ties with the movement, placing it at a distinct disadvantage if the Taliban regains power.

But this is a silver lining on a very dark cloud. The costs of a Taliban takeover for Islamabad would be considerable, sealing Afghanistan’s fate as an impoverished, unstable narco-state and incubator of terrorism that threatens Pakistan’s national security and economic interests.

For that reason, Pakistan can be expected to continue its efforts to facilitate a political settlement in Afghanistan and help prevent a collapse into state failure and full-blown civil war. But, with peace talks stalled and the United States possibly heading for the door, a hurricane is forming.

What Motivates the Taliban?