This Is Why People Get Offended 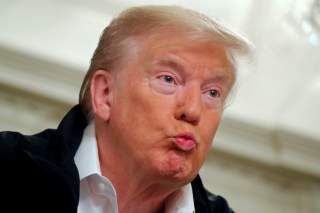 Most of us have felt offended at a remark made by a close friend or a random comment on our social media. Even worse, the chances are that we have experienced the shock of hearing that others were offended by our comments – despite the fact that we had no intention of hurting them.

While no one can deny that certain words and actions can be offensive, the taking of offence is more complicated than that. As research findings in linguistics demonstrate, people are not necessarily offended when confronted with rude language, and they get offended for a range of different reasons.

The words we use are not polite or impolite in and by themselves. Even the most offensive words (for example, the notorious F- or C-words) can be generously used among close friends, as in-group solidarity markers, without anyone ever taking it to heart. It is therefore the context that determines the offensiveness of our words.

In the right context, we do of course take offence at explicitly rude language directed at us. But regardless of the words used, we also take offence at what was meant or implied rather than what was actually said (“Were you implying that I am not a good cook when you said pass me the salt?”)

But how does the taking of offence happen? What actually motivates this ubiquitous phenomenon? The taking of offence – or feeling offended – often involves an experience of negative emotions caused by a word or an action which is in conflict with what we expect and believe to be the right, appropriate, moral and acceptable behaviour. Feeling offended or describing something as offensive is deeply rooted in those expectations that govern our daily interactions.

Clashes of expectations or values

In one of my research projects, which is based on more than 100 diary report forms in which participants told me stories of occasions where they felt offended, I discovered that our expectations are usually formed in the context of our relationships with others – and when they are breached, we tend to feel offended. I call these expectations interpersonal as they make most sense in the context of particular relationships that we have with others. These can roughly be broken down into three different types, according to research by me and others.

“Foreseeability expectations” drive us to expect others to predict the potentially negative impact of their words and actions, simply because we think they know us well (“I did not expect to hear this from my best friend”). Meanwhile, “reciprocity expectations” are based on hoping that our favours, gifts or kindness are returned in kind (“I stopped sending her birthday wishes when she forgot mine four years in a row”). There are also “equity expectations”, which are about our desire to be treated fairly and equally (“It offends me how dad always has my sister’s back, but never mine”).

That said, we also take offence outside our personal relationships. For example, we may take offence at a comment on Facebook or Twitter which ridicules or questions something which is of importance or value to us, such as our nationality, political stance or religion.

Our judgements are informed by our values and beliefs and they become a yardstick against which we evaluate others – including those we don’t know very well. Our belief in these values may be an important part of our identity, thus giving us a sense of entitlement to take offence because we believe that those values are salient and should be, among other things, respected.

As research has shown, our expectations, values and beliefs are all based on our previous experiences, accumulated throughout our life span. These are unique to each individual, which explains why people take offence for so many different reasons. For example, if you were bullied at school for having red hair, you may take more offence when someone stereotypes you as being “fiery” as opposed to someone who wasn’t bullied for having red hair.

This is one of the many reasons there is so much anger and offence on, for example, social media – people constantly take offence at what they think is a breach of their values. This gets worse when some take it to a nasty level by lashing out in defence of their own values, which ultimately creates a vicious and endless circle of causing and taking offence.

So, if you worry about causing offence, try to put yourself in the shoes of the people you are talking to. What could they realistically expect you to say, and are you treating them fairly? If they always back you up when you get in trouble with the boss, for example, they may be offended if you decline to do the same for them.

And similarly, if you feel that you take offence too easily, consider what the offending person may not know about you. If they make a negative comment about you having a certain type of dog as a pet, rather than spending lots of time being angry about what they said, remember that they might have had some sort of traumatic experience with that animal before.

You may not like what others are saying, but the chances are you can take some comfort from knowing that what has offended you might be rooted in the many different experiences and worldviews we all have.