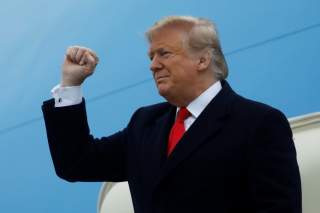 Following the Great Recession in 2008, many economists and liberal thinkers argued that rural America would never again be an engine for economic growth.

While more folks today reside in metropolitan areas, I can tell you from firsthand experience that rural communities continue to play an integral role in job creation and our national economy. Thankfully, President Donald Trump has been steadfast in advancing pro-growth policies that help residents living in these areas of our country.

According to the Brookings Institution, “redder, smaller, more rural communities really are ‘winning’ a little more.” Brookings found that rural areas outperformed their share of the economy to generate around 16.6% of the nation’s job growth during Trump’s first year in office.

The jobs numbers are pretty clear cut. Coming out of the recession, the economic picture for rural communities was bleak at best. Residents were growing older, population was in decline, and more people were moving to metropolitan areas.

And while the Obama administration did little to help the people in these communities, Trump has pursued a bold agenda that empowers these communities to grow and prosper. The keys to growth have been lower taxes, less burdensome regulations, and market certainty.

The results back this up, especially in manufacturing. In Trump’s first 30 months in office, manufacturing produced 314,000 more jobs than during the same period in Barack Obama’s presidency.

Manufacturing is especially important in rural communities because roughly 2.5 million manufacturing jobs exist in these areas. Many manufacturing firms are attracted to areas due to lower property taxes, operating expenses, and land prices.

At the end of the day, I realize that elites in Washington, New York, and Los Angeles aren’t going to highlight the successful policies that Trump has championed. But I can tell you that North Carolinians and folks from rural communities are thankful to have a president that listens to and fights for the American worker.

Many lawmakers in Washington come from very urban districts where the population is concentrated. I represent a district that is predominantly rural. I’ve had nearly three years to see how rural workers in manufacturing, health care, retail, textiles, and construction have benefited from Trump’s economic freedom agenda.

I will keep fighting for these policies because they represent economic hope for communities like mine.

Ted Budd is the U.S. representative for North Carolina's 13th Congressional District. He is a member of the House Financial Services Committee.