Why Russia Upended the Iran Deal Talks, And Then Backed Down 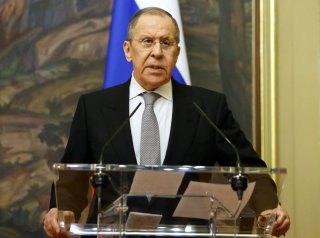 The negotiations taking place in Vienna to revive the Iran nuclear deal, formally known as the Joint Comprehensive Plan of Action (JCPOA), were reportedly close to fruition when Russia’s demand that Western sanctions not impact its trade with Iran suddenly upended the talks. Russia insisted on guarantees that Western sanctions imposed over its invasion of Ukraine would not hinder its trade with Iran, which is expected to soon be free of U.S. sanctions imposed by President Donald Trump. Not surprisingly, this Russian demand was unacceptable not just to the United States, but also to France, Britain, and Germany, and threatened to scuttle the deal—and the sanctions relief that Iran expected from it.

However, an alternative was soon suggested: the parties would negotiate a time-consuming workaround where other countries would take over Russia’s responsibility of storing the enriched uranium that Iran built up after the Trump administration withdrew from the agreement. But following the Iranian foreign minister’s visit to Moscow, the Russians scaled this back to just Western economic sanctions not applying to Russia continuing its nuclear cooperation with Iran, as envisaged by the 2015 Iranian nuclear accord.

Russia’s back-and-forth over this issue is the latest example of Moscow’s ambivalent approach to the JCPOA. On the one hand, Moscow strongly supported the achievement of the JCPOA in 2015 and continues to back its revival now. Despite whatever other differences it has with the West, Russia shares its interest in forestalling Iranian acquisition of nuclear weapons. Evidence for this positive Russian view of the JCPOA comes from those close to the negotiations who have reported how Russian diplomats have helped Tehran and Washington overcome their differences and reach compromise solutions that have allowed for agreement to be reached. Moscow presumably would not have done this if it had not wanted the JCPOA to be reached in 2015 or revived now.

Still, there have also been reports that Moscow is far more worried about the negative implications of U.S.-Iranian cooperation than about the possibility of a nuclear-armed Iran. Thanks to U.S.-sanctions, Tehran has been more dependent on Russia than it would be otherwise. By contrast, when the United States lifts sanctions on Iranian petroleum exports, Russia must face competition or even a loss of market share to Tehran now that traders are less willing to buy Russian oil. And if U.S.-Iranian cooperation in the nuclear realm ever led to a broader Iranian-American rapprochement, then Tehran and Washington could conceivably work together against Moscow’s interests. While this is a possibility that seems hardly likely in the near-term, worst-case analysts in Moscow see the prospect of Iranian-American cooperation as posing a real threat to Russian interests.

Evidence for this more negative Russian view of the JCPOA comes from occasional press reporting about non-public statements made by Russian officials and private conversations with Russian scholars not involved with the JCPOA negotiations. Revelations made by former Iranian foreign minister Mohammad Javad Zarif also indicate that he saw Moscow as working with Iranian hardliners to scuttle the original JCPOA talks.

Thus, if Moscow has ambivalent views on this issue, especially regarding Iranian-American cooperation at Russia’s expense, then why has it supported the negotiations that led to the signing of the JCPOA in 2015 and its resumption now? The answer appears to be related to a Russian view that so long as Tehran favors the JCPOA, it is not in Russia’s interests to oppose it. For Russian opposition would risk the possibility of Iran going ahead with the other JCPOA signatories (America, Britain, France, Germany, and China) without Russia. This would not only make Russia look impotent but could accelerate the broader rapprochement between Washington and Tehran that Moscow has long feared. And especially at a time when Moscow has become so isolated internationally due to its invasion of Ukraine, it cannot afford to upset relations with Iran. So, Moscow scaled back its demands at the JCPOA negotiations when Tehran made its objections clear.

But having done so, Moscow would not be displeased if the JCPOA negotiations broke down as a result of irreconcilable Iranian-American differences. Indeed, renewed Iranian-American tensions would undoubtedly be welcome in Moscow if they distracted the West from its current focus on the war in Ukraine.