This Is Why Russia Wanted A 1,000 Foot Long Aircraft Carrier (More Like Supercarrier) 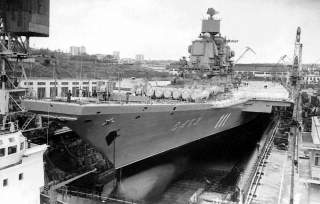 Key point: Moscow always wanted a large carrier, but never had the funds it needed for such a large project.