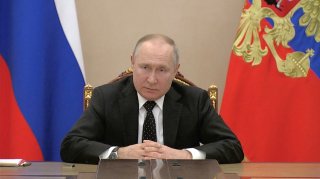 Since the beginning of Russia’s war in Ukraine, Ukrainians and Americans have all been asking the same questions: do Russians really support this war? When will they awaken to the horrific reality in Ukraine? And when will they stop embracing this war?

Overall, Russians appear to be quite consistent in their preferences: around 50-60 percent of them embrace military actions in Ukraine according to different polls. Just before the invasion of Ukraine started, a poll found that 50 percent of Russian respondents thought it was right for Moscow to use military force to prevent Kyiv from joining NATO, 25 percent were undecided, and only 25 percent were actively against. The first week of the war, the approval rate jumped up even more by about 10 percent to a total of 60 percent (possibly due to the rally around the flag effect, typical of the early stages of war). In early March, similar results, with around 60 percent of respondents backing Russia’s military operation in Ukraine, were reported by at least three different polls.

Interpreting polls in authoritarian settings is always tricky: people may be tempted to lie if they fear prosecution. However, studies, such as list experiments, which allow people to avoid expressing their opinions directly, found little evidence of bias in Russian polls on sensitive issues. To control for the presence of possible biases, one can also take a look at temporal dynamic. For example, one can compare the results of the 2022 polls to those run before Vladimir Putin’s regime became particularly repressive. Such was the case of a poll run in September 2014 by the Social Research Agency asking Russians whether they would support the deployment of Russian troops to Ukraine. 56.8 percent of respondents answered “yes,” and only 19.6 percent said “no” (in more westernized Moscow and St Petersburg, 51 percent and 47 percent respectively said “yes”). These results align very well with the polls run at the start of the 2022 invasion of Ukraine.

Who are the people most likely to support the war and those most likely to oppose it? Polls find that those who oppose the war are likely to be more educated, female, and younger. In addition to being more likely to be male, older, and less educated, war supporters also appear to have higher income levels. Lower-income respondents tend to be worried that their financial situation will get worse as a result of a military operation, and hence are less supportive of war. Moreover, better-off Russians include a large share of security services employees, state officials and public sector workers, the groups that tend to embrace more pro-Kremlin positions.

Why have Russians embraced Putin’s war? A typical answer is that Russians are brainwashed by the Kremlin propaganda that presents Ukraine’s invasion as a “special military action” designed to “liberate” and “denazify” the country. Russians, as the argument goes, get their main information from state-linked TV channels and hence they are brainwashed into believing these lies. Indeed, polls show that reliance on internet vs state TV channels is one of the key factors correlating with attitudes towards military action in Ukraine.

Yet some evidence does not comply with the argument that Russians only rely on propagandist media for information. Russia is a country where 85 percent of the population has internet access. Popular social apps like Instagram account for nearly 60 million users in a country with 145 million Russians. After Western sanctions were announced, long lines to get money from the ATMs and to purchase goods from Ikea and McDonalds after these companies decided to leave Russia suggest that some real-life information breaks through to the Russian people. Rather than fully trusting propaganda, Russians seek out alternative information channels on issues that concern them personally (as in their personal wellbeing). It is on issues that are of low salience to them (like foreign policy) that they embrace official propaganda narratives.

Similarly, Russians’ embrace of the war does not have to do with the lack of information alone. Ukrainians and journalists who try to reach out to Russian people often encounter direct refusal to believe the evidence of the atrocities committed by Russian soldiers in Ukraine even when directly provided evidence of it—even when such information is presented by their blood relatives. It is common for Russians to deny and refuse to believe these facts, instead claiming that such facts/photos/videos are fake.

This phenomenon is known as cognitive dissonance. When people encounter information that challenges their preexisting beliefs, it leads to a cognitive dissonance, a mental discomfort, which people naturally want to avoid. Hence, they tend to reject the information that creates unpleasant feelings. Even in Western democracies with relatively free information environments, citizens’ biased information processing has facilitated the spread of populist ideas. This is even more the case in Russia, where Kremlin-controlled media have been shaping Russians’ perceptions for the last twenty years. Rather than lacking facts about the true situation in Ukraine, many Russians tend to avoid the evidence that challenges their preexisting beliefs crafted by official propaganda narratives.

When the sanctions bring true economic crisis to Russia, many will decrease their support for war. However, in light of the above considerations, these changes may not be as radical and pronounced as many in the West expect. Western policymakers should thus be crafting strategies designed to reach out to Russians and help them overcome their cognitive dissonance. Liberalizing media flows is not enough. One should be thinking about ways to force people out of their resistance and denial, to make them challenge and ultimately revise their beliefs.

Maria Snegovaya is a Visiting Scholar at the Institute for European, Russian, and Eurasian Studies at George Washington University and an  Adjunct Senior Fellow at the Center for a New American Security.