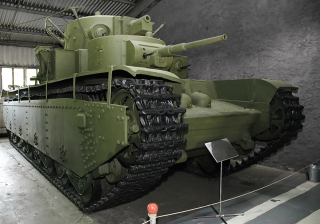 Key point: The T-35 was not very well built.