Why Russia's Dream of a 'Super' Aircraft Carrier Died 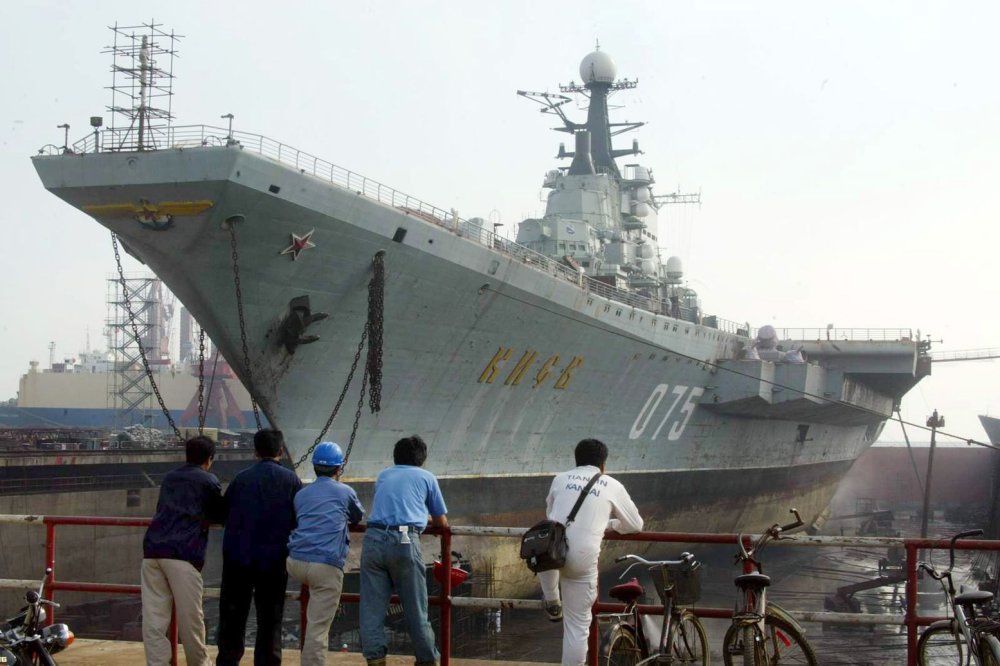 Key point: Without money and political will, Moscow could not build its super carrier.

With a nuclear-powered engine — and working in conjunction with other Soviet surface warfare vessels and submarines — the supercarrier would have steamed through the oceans with a purpose.

The Ulyanovsk died in the scrap yards in 1992. But now the Kremlin is spending billions of rubles modernizing its military — and wants a new supercarrier to rival the United States.

The famous Russian battleship Potemkin — scene of the famous 1905 naval mutiny and the subject of Sergei Eisenstein’s classic film — launched from the same shipyard.

Early in the Soviet period, the shipyard constructed battleships. During the 1960s and ’70s, workers built Moskva-class helicopter carriers and Kiev-class carriers at South Shipyard 444.

Named after Vladimir Lenin’s home town, everything about the supercarrier was huge, even by Russian standards.

The carrier would have carried at least 44 fighters on board — a combination of Su-33 and MiG-29 attack jets configured for carrier operations. Ulyanovsk’s two steam catapults, ski-jump and four sets of arresting cables would have created a bustling flight deck.

The ship’s designers planned three elevators — each capable of carrying 50 tons — to move aircraft to and from the cavernous hanger deck. Plus, the carrier would have had helicopters for search-and-rescue work and anti-submarine warfare missions.

The Soviets planned a complement of 3,400 sailors — roughly half of the crew aboard an American Nimitz-class carrier, but sizable compared to other Soviet vessels.

Currently, Russia has only one carrier — the significantly smaller Admiral Kuznetsov — launched in 1985. Multiple mechanical problems have plagued the ship ever since, and she doesn’t go anywhere without an accompanying tug vessel.

Other Russian media reports indicate that designers are in the early phases of planning a new carrier class that would be slightly larger than the Nimitz class — and capable of holding an air wing of 100 planes.

This first appeared in January 2017.