Why Russia's Economy Is Headed for Trouble 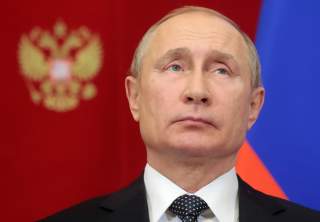 Vladimir Putin will soon begin his third decade at Russia’s helm. When he took the reins of power from Boris Yeltsin, Russia was a nascent democracy but was just emerging from years of economic recession. Putin, a former KGB officer, exuded strength. He ended the Chechen war decisively and with brutality. He presided over a surge in the Russian economy. After shrinking sometimes more than ten percent per year under Yeltsin, Putin shepherded the economy to ten percent growth in his first full year in power.

Putin simultaneously embarked upon a campaign to upgrade Russia’s aging and, in some cases, rusting arsenal. He played his diplomatic and military hands masterfully: seldom has a power which remained so weak on paper achieved so much in reality. Under Putin’s stewardship, Russia was like a poker player which repeatedly managed to force opponents with a full house if not a royal flush to fold in the face of his own pair of twos.

It is this string of successes which burnish Putin’s image abroad. Even as many disdain him, much of the U.S. media spectrum today portrays Putin as a master strategist eerily successful in almost all he sets out to do. The conspiracies surrounding Trump’s 2016 election are perhaps the chief case-in-point, never mind that no one in the Kremlin advised former Secretary of State Hillary Clinton to call red-state Americans “deplorables” or to avoid campaigning in must-win states like Wisconsin.

Putin’s lasting legacy, however, will not be his wars in Georgia or Ukraine nor the new submarines, fighter jets, nuclear weapons, or hypersonic missiles whose manufacture and unveilings he has overseen. Rather, Putin’s historic legacy will likely be inheriting a country with great economic potential and leaving it an empty husk.

After so many years in power, Putin has no one to blame but himself. Arguments that the West humiliated Russia after the Soviet Union’s fall are nonsensical. As Russian oppositionist and former chess grandmaster Garry Kasparov noted, “Despite perpetual unfounded complaints about suffering humiliation at the hands of the victorious West, there was nothing in the way of reparations demanded by the winning side.” Russia kept its nuclear weapons while other former Soviet republics lost theirs. Rather than demand reparation for Cold War wrongs, the West extended billions of dollars in direct and indirect aid. Former communist party members—Putin included—kept their jobs and did not need fear a purge such as was imposed on post-World War II Germany or post-Saddam Iraq.

True, Russia has suffered demographic decline (with the exception of its Muslim population), but that is in very much a result of both the policies and the culture of hopelessness that decades of Putinism have wrought upon ordinary Russians. As Putin has increased Russian dependence on hydrocarbons, he has become a slave to fluctuations in the market. When oil declines—and it is now on a downswing—the Russian economy stagnates. At such times, it is not uncommon to find Russians comparing their leader to the late Soviet Premier Leonid Brezhnev, best remembered today inside Russia for presiding over a period of stagnation and decline. In 2011, a Levada Centre poll found that more than one-fifth of Russians wanted to leave their country permanently. It is telling that while Putin’s approval remains high, the government’s approval ratings have plummeted.

Putin’s own quest for ultimate control has ruined Russia’s opportunity to benefit from foreign direct investment. Many Western companies and their Russian partners have fled or lost their investments to Putin or his proxies. As hungry as U.S. and European companies may be for new markets, each will think twice about future significant exposure to the Russian market. Billions of dollars will leave the country, further contributing to its downward spiral.

Putin is sixty-six years old and seemingly in good health. He could easily dominate Russia in one position or another for another fifteen years. But, while he exudes an image of health and strength, all leaders are mortal. When Putin goes, there is no clear successor. Prime Minister Dmitry Medvedev is a useful and loyal underling, but his rise to power would not be without contestation. Defense Minister Dmitry Sergey Shoigu looks good on paper but it is doubtful whether Russia would anymore accept a non-ethnic Russian in the top post (Josef Stalin, who arose to the Soviet Union’s top position will likely remain the exception for decades to come). Valentina Matvienko, chairwoman of the Federation Council, may have burnished her pro-Putin credentials through her long career in United Russia and as a governor of St. Petersburg, but Russians likely would not accept a woman. Ksenia Sobchak, daughter of Anatoly Sobchak, the mentor to both Putin and Medvedev, has a high public profile and challenged Putin in 2018, but was unable to rally any significant support. Foreign Minister Sergey Lavrov and Foreign Intelligence Service chief Sergey Naryshkin likely would find their influence in terminal decline after Putin’s death. The point? Leadership in post-Putin Russia will be uncertain and contested. With the economy eviscerated and Russia fully a rentier state, the incentive to fight rivals will be significant.

When Yeltsin appointed Putin his successor, Putin inherited an imperfect system, but a system nonetheless. Competition promoted accountability. Putin, however, having centralized power and cut-off at the knees anyone capable of mounting a significant challenge, will leave behind a vacuum. He has made Russia into a country of first-world arms, but third-world infrastructure. No amount of saber-rattling or military deployments can hide the fact that corruption, mismanagement, and demographic decline during the Putin decades will condemn Russia to the developing world for decades, if not more.