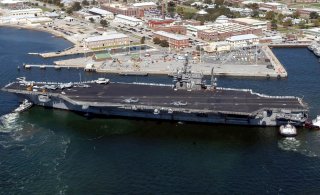 Here's What You Need To Remember: Great nations have carriers, Russia considers itself a great nation, and therefore the ship would be a symbol of national revival and destiny. In other words, a new carrier would be one more reason to forget the bad old days when the Soviet Union disintegrated.