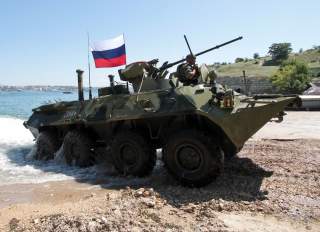 Key point: Moscow just can't afford the cost of keeping up with Washington. Moreover, Russia is predominantly a land power and does not have experience succesfully building supercarriers.