Why Is Saudi Arabia Buying a Billion-Dollar Ship The Navy Doesn't Even Want? 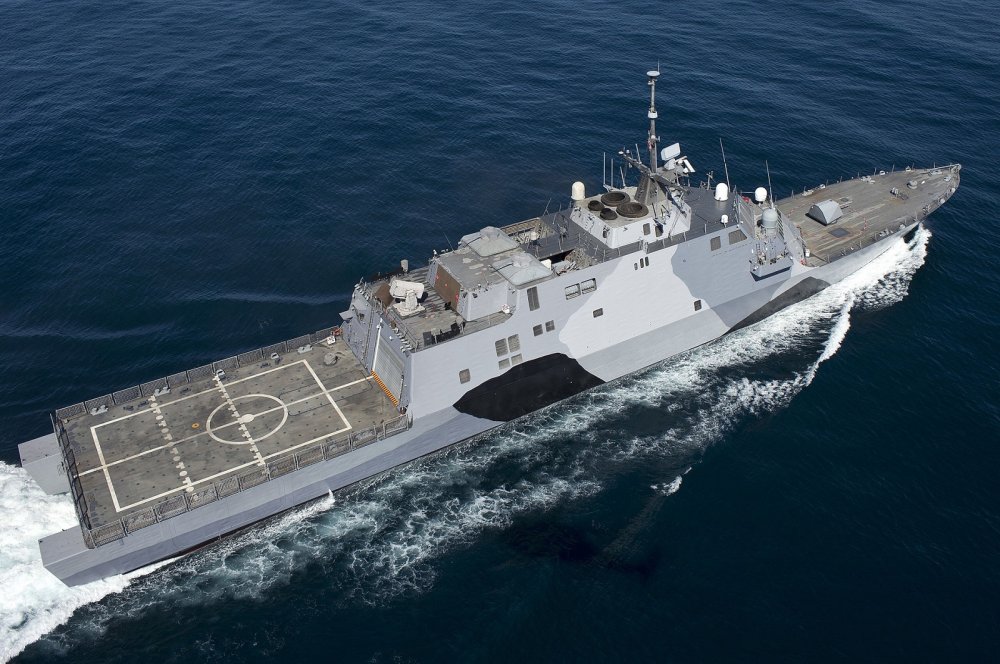 On July 29, members of the U.S. Senate voted forty-five to forty to block new sales of laser-guided bombs and aircraft maintenance services to Saudi Arabia—falling short of the two-thirds majority necessary to override a veto by the Trump administration blocking the ban from taking effect.

Despite deteriorating public support for Riyadh due to its implication in an exceptional number of civilian deaths in Yemen and the murder of one of its own citizens in the Turkish embassy, the flow of U.S. arms is set to continue.

Earlier in May, the Trump administration argued the new sales could be authorized on an emergency basis, bypassing congressional review, due to escalating tensions with Iran in the Persian Gulf.

However, one of the arms sales most pertinent to Saudi Arabia’s ability to police the increasingly tense waterways is already well underway, having been years in the making.

Since 2008, the Royal Saudi Arabian Navy has planned to invest $20 billion in its SNEP II naval expansion project. It currently operates seven frigates, four thousand-ton Badr-class corvettes and nine 500-ton patrol boats. All but three of its frigates date back to the 1980s.

The sale of four modified Freedom-class Littoral Combat Ships (LCSs), a corvette-type vessel, was initially proposed under the Obama administration in 2015 and authorized under Trump as part of a larger $110 billion package in May 2017. The U.S. government awarded the contract to Lockheed Martin in 2018, and vessels are currently under construction in Marinette Marine shipyard in Wisconsin and set for delivery between 2019–2021.

So why is Riyadh ready to spring the dough for the over-engineered and under-gunned corvettes?

First of all, the Saudi Arabian Navy is primarily dedicated to operations in littoral waters of the Persian Gulf, where shipping of ultra-valuable oil tankers faces harassment from Iran’s unconventional naval forces, and the Gulfs of Oman and Aden, where Saudi ships seeks to interdict arms and agents smuggled by Iran into Yemen.

Littoral combat ships, as their name suggests, were built for speed, maneuverability and stealth in coastal waters: they are agile and have shallow drafts ideal for “knife-fighting” small ships close to shore. Even their light armament—inadequate versus conventional warships of equivalent size—is optimized for sparring with smaller fast boats within visual range.

Saudi LCSs will also serve as a useful platform to deploy some of the ten advanced MH-60R Seahawk helicopters purchased by Riyadh in a $1.9 billion deal, the first of which was delivered in September 2018. The multi-mission choppers can help locate ships using their infrared sensors and multi-mode radars, perform search-and-rescue duties, detect submarines with their ALFS dipping sonar and attack them with Mark 54 torpedoes, and even blast surface targets with Hellfire missiles and laser-guided APKWS 70-millimeter rockets.

Second, the Saudi LCSs are of an enlarged 4,000-ton model called the Multi-Mission Surface Combatant which ditches the (unsuccessful) mission module concept for more powerful fixed sensors and weapons, and a crew expanded by fifty percent to between 110-130 personnel. Lockheed Martin was paid $450 million for the design and long-lead materials for the new variant. You can see photos of an MMSC model here.

The MMSC is nine feet longer and now includes eight Mark 41 vertical-launch cells, each of which can be packed with four medium-range Evolved Sea Sparrow air defense missiles, for a total of 32. These also possess a secondary anti-ship capability. A new TRS4D Active Electronically Scanned Array radar linked to a COMBATSS21 combat system based on the Aegis air-defense system on U.S. cruisers and destroyers allows sensors and fire control to be networked with friendly ships.

This will give the Saudi LCS a shot at protecting nearby ships and thinning out incoming cruise missile salvoes from up to thirty miles away, instead of only being able to defend itself with short-range Rolling Airframe Missiles and close defense guns.

The Mark 41 cells could also be used to launch other types of missiles like the longer-range SM-2 surface-to-air missile or Tomahawk cruise missile, should the Saudi Navy elect to acquire them.

The Saudi LCS also adds in two four-shot launchers loaded with Harpoon Block II anti-ship missiles with a range of eighty-one miles, allowing it to engage enemy warships over the horizon. Without such weapons, littoral combat ships are badly outranged even by Iran’s own modest fleet of missile-armed surface combatants.

The Saudi MMSC is also slower with a maximum speed over 30 knots, not the 40 knots LCSs are renowned for, but has its range increased by more than 40 percent to over 5,700 miles.

The four relatively small warships are costing Riyadh a stiff $6 billion, though the contract includes training services, spare parts and over 750 missiles. In fact, the initially proposed deal would have cost $11.25 billion and the vessels would have been even more heavily armed with sixteen Mark 41 cells, a 76-millimeter gun and torpedo tubes. But this price proved too much to swallow even for the Saudis.

At the same time as the LCSs are delivered through 2021, Riyadh is set to receive five smaller Avante 2200 corvettes displacing 2,500 tons from Spanish shipbuilder Navantia. These are similarly armed to the MMSC, but slower and require a larger crew—and will cost far less at $2.5 billion for the total package.

The modifications to Saudi Arabia’s littoral combat ships make them far more capable of defending themselves and friendly vessels from air and surface threats. However, the Royal Saudi Arabian Navy will still need to keep its fingers crossed that the revised design will not suffer from the serious reliability issues afflicting LCSs in the U.S. Navy, which has yet to deploy a single LCS to the Persian Gulf theater it was designed for.

(This article was originally published earlier this month and is being republished due to reader interest.)