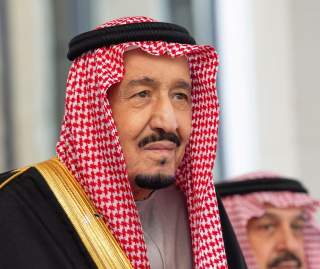 Saudi Arabia's "Davos in the Desert" has come and gone, producing $20 billion in newly signed deals. And while the Future Investment Initiative — as the event is officially known — also reduced the threat of U.S. sanctions over Saudi Arabia's human rights record, investors are nevertheless weighing the pros and cons of pouring money into a kingdom where returns are far from guaranteed. Investors remain wary of major geopolitical risks, like a war with Iran and another human rights outrage that could reignite an international push to isolate Saudi Arabia, as well as domestic considerations, like the consistency of Saudi Arabia's policies amid lower oil prices and the personality politics of Crown Prince Mohammed bin Salman. Such factors will ultimately weigh down the Saudi investment strategy — and make the 10-year drive toward Vision 2030 all the more difficult to achieve.

Last year, investors and businesses did not know if the United States would impose sanctions on Saudi Arabia for the killing of Jamal Khashoggi on Oct. 2, 2018. With Riyadh the focus of international condemnation, few took it up on its offer to attend the 2018 Future Investment Initiative just three weeks after the dissident journalist's murder. As 2019 unfolded, some companies even went so far as to return Saudi investment funds — while others waited to see if the political fury in the United States would translate into anything legally punitive.

The White House held firm against such sanctions and penalties, fearing it would lose influence in Saudi Arabia and lucrative arms contracts to Russia and China. First, it vetoed attempts to end U.S. support for Saudi Arabia in Yemen. Then, in May 2019, it used an emergency declaration to ram through $8.1 billion in arms sales to Saudi Arabia and its ally, the United Arab Emirates (as well as Jordan), citing the threat of Iran. Ultimately, the White House's signal was clear: It would stymie congressional attempts to punish Saudi Arabia, and no congressional supermajority existed to override its veto.

The Trump administration's stance has left investors free to interpret the reputational risk of Saudi Arabia on their own. Some decided to divest or return their funds, like Hollywood talent agency Endeavor, which returned $400 million in Saudi investment. Others, like Amazon, simply stopped following through on agreed-upon deals. (The conglomerate was set to build data centers in Saudi Arabia.) Such companies largely shied away from this year's Future Investment Initiative, but the event was hardly a washout, as big names from the financial industry, like SoftBank, Bank of America and JPMorgan Chase, came out in force, while sovereign wealth funds from Kuwait, Russia and the United Arab Emirates were also present. For those that did attend, it was clear that reputational risks no longer concerned them as much as they did in 2018. That's not to say their reputations will no longer take a hit by working with Riyadh, but it does mean they now know the risks and believe they can withstand any damage to their brands.

But though investors can now manage reputational risk knowing most of the impact, not too many are willing to buy into the Vision 2030 investment strategy. First, tensions with Iran are at all-time highs. Tehran has shown that it is willing to harass oil tankers near Saudi Arabia and, more importantly, strike oil infrastructure inside Saudi Arabia itself. Riyadh has restrained itself from retaliation that could spark a wider conflict, but it is not completely in the driver's seat regarding Iran. The United States, for instance, could retaliate against another Iranian strike on Saudi Arabia — with or without Saudi consent. And as Iran reduces its commitments to the Joint Comprehensive Plan of Action nuclear deal, Israel could choose to strike Iranian nuclear facilities to prevent a nuclear breakout; in such a case, there's no guarantee that Tehran wouldn't punish Riyadh, a quiet but growing Israeli ally, in retaliation.

Second, Saudi Arabia is struggling to implement its policies and some of its Vision 2030 goals, especially the project's more radical proposals, because of lower oil prices and rising lifestyle demands from ordinary Saudis. As Saudi Arabia prioritizes the social stability of its budding nation, it is likely to steer clear of long-term projects in favor of bigger crowd-pleasers that involve more immediate social spending. Quite what the kingdom will prioritize, however, is unknowable at present, creating risks for investors looking for sure bets. Indeed, other projects have fallen by the wayside in the past: The 2014 oil crash, for instance, left a myriad of projects in limbo.

Third, it is uncertain if all the projects Saudi is offering will bring the returns the kingdom is claiming, given that low oil prices are affecting Saudi Arabia's gross domestic product, Saudi unemployment remains stubbornly high and the path toward transforming Saudi Arabia's economy remains unclear. Low oil prices — along with the threat of war with Iran — are already affecting the value of the Saudi Arabian Oil Co.'s (Saudi Aramco) much-vaunted initial public offering; the IPO, which Saudi Arabia hopes will generate up to $1 trillion to $2 trillion, is a symbol of the high ambitions but harsher realities of the country's investment strategy.

Finally, there is no guarantee that Saudi Arabia, as an authoritarian state, won't commit another act that draws international opprobrium, much like the Khashoggi killing. Should that occur, Riyadh could rapidly find itself staring at new sanctions not just from the United States, but Europe as well. That would put investors back in the spotlight, having to question whether the contracts they sign today will fall afoul of sanctions tomorrow. At the same time, the United States' 2020 presidential election could also remove an administration that has done much to shield the kingdom.

Saudi Arabia has managed to evade the risk of U.S. sanctions regarding its investment strategy for now, but other challenges remain ahead, most notably the prospect of war with Iran and a lack of clarity as to just what Riyadh will prioritize. As 2020 begins, the kingdom will find investors still questioning Vision 2030 — and will not always have easy answers to give.

Saudi Arabia's Vision 2030 Remains a Hard Sell is republished with the permission of Stratfor Worldview, a geopolitical intelligence and advisory firm.