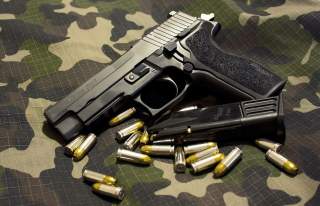 The P226 was promptly put into extensive environmental trials that simulated the operating environment of SEAL units, including immersion in sand, salt water and mud. Perhaps wary of recruiting another pistol with slide cracking problems, the SEALs put five test pistols each through a thirty-thousand-round endurance test.