Why the Smith & Wesson M&P Bodyguard .380 Is Tough to Beat 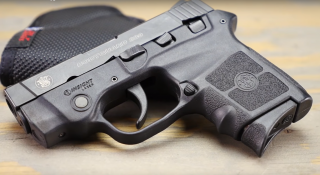