Why Social Media Is Harming The Exchange Of Free Ideas 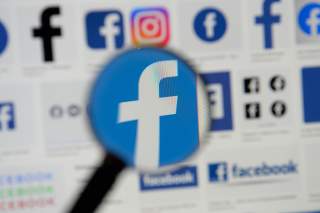 Despite statements by Facebook founder and CEO Mark Zuckerberg that he was changing the mission of his company to “bring the world closer together,” data from the recent AEI survey on Community and Society make it abundantly clear that social media is not having a transformative effect in promoting a real diversity of ideas as so many internet evangelists like Zuckerberg are claiming.

In Zuckerberg’s words: “We need to stay connected with people we already know and care about, but we also need to meet new people with new perspectives … we will not accomplish this mission ourselves, [only] by empowering people around the world to build communities and bring people together.”

While I praise Zuckerberg’s goals, as a professor who cares deeply about viewpoint diversity and the critical role of different ideas in forging a stronger society, the reality is that social media is not expanding the political views of Americans in general, and those of Gen Zers in particular. As I wrote earlier, the “AEI data reveals that social media has helped created an echo chamber around extreme [views].”

Gen Zers — Americans who are now between 18 and 22 and who are entering a presidential election cycle for the first time — are not being exposed to much if any cross-cutting socio-political discourse in social media. Many students in fact report that they really do not like discussing politics on social media and sharing much beyond pop culture. Students in my classes and those I have met around the country acknowledge that their online behavior does not lend itself to being exposed to varied viewpoints.

In the AEI survey, in answer to a question about one’s willingness to publicly express one’s views about political campaigns online, only about a quarter (24 percent) of Gen Zers, report sharing political content online, while around a third of older generations — that is, Millennials and Gen Xers — admit to posting political posts online. While there are well known online engagement differences based on ideology, these are average group percentages and they happen to be remarkably low for a digital generation that is constantly connected and online in some form. In fact, this negligible online level of political activism follows a larger trend where the norm for Gen Zers appears to be minimal political engagement.

Less than one fifth of Gen Zers (and older generations) state that social media has helped them connect “a lot” with those who share similar interests and outlooks. Meanwhile, 44 percent of Gen Zers, 38 percent of Gen Xers, and 39 percent of Millennials maintain that social media has helped them only “a little” or “not at all” to connect them with people who share similar interests, this despite Gen Zers being essentially always online.

Thus the impact of social media in promoting viewpoint diversity is trivial.

A similar narrative emerges for older generations where only 11 percent of Millennials and Gen Xers believe that social media has helped them connect “a lot” with those who share dissimilar views, and 48 percent of Gen Xers and 49 percent of Millennials hold that social media has helped them “only a little” or “not at all” in exposing them to those who hold different views about the world. As before, the impact of social media in making people aware of real and meaningful differences in ideas is fairly insignificant among the youngest and older generations.

The AEI data makes it abundantly clear that social media is not having a transformative effect in terms of promoting a real diversity of ideas despite the claim of internet evangelists like Zuckerberg and others like him.

Interestingly, despite social media being second nature to Gen Zers, it is not a world of deep ideas for them. Social media platforms are doing little to help our nation’s civil and political discourse become more diverse, and watching a popular video on TikTok or following an influencer on Instagram rarely exposes this new cohort to divergent views. The AEI findings suggest we should be very wary of those in the tech world who argue that social media is good for democratic dialog. Viewpoint diversity is not alive and well in the digital world.

This article by Samuel J. Abrams first appeared at the American Enterprise Institute.