Why South Africa Built Nuclear Weapons and Then Gave Them Up. 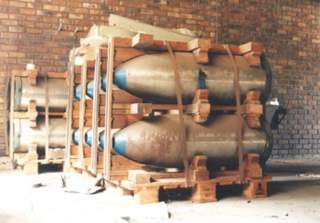 Robert Farley, a frequent contributor to the National Interest, is author of The Battleship Book. This article first appeared earlier this year.