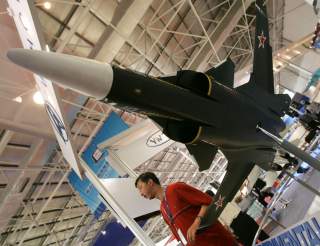 Key Point: If at first, you don't succeed, try, try again. That was the lesson Moscow took from its Su-47.

Mark Episkopos is a frequent contributor to The National Interest and serves as research assistant at the Center for the National Interest. Mark is also a PhD student in History at American University. This first appeared earlier in 2019.