Why a Travel Ban Won’t Stop the Coronavirus 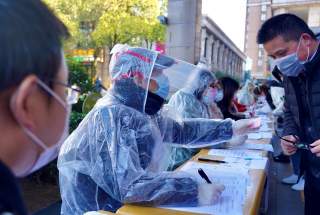 In its latest attempt to prevent the spread of the novel coronavirus, the Trump administration announced a temporary ban on foreign nationals entering the U.S. who have recently visited mainland China. It is unclear what scientific evidence, if any, informed this policy and who within the administration was behind it. While the influenza virus and the novel coronavirus are separate pathogens, previous travel bans to prevent the spread of influenza can teach us about the likely impact of this ban.

One variable influencing the estimation of effectiveness of outbreak control measures is the transmissibility of the virus - conventionally measured through the so-called basic reproduction number or R0. The R0 is the average number of people a single case will infect in an otherwise uninfected and unimmunized population.

Studies examining the utility of travel bans in reducing the spread of influenza found limited effectiveness of this policy. In particular, in case of a virus with an R0 of 1.9 or higher, international travel bans have to be highly restrictive (i.e. discontinuation of over 90% of air travel) to have any impact. Even then, these restrictive measures only slightly delay the spread of the infection and have a very small impact on the magnitude of outbreaks. Preliminary data points toward this coronavirus being more transmissible than influenza; with an R0 of 2.0 to 3.1. This evidence suggests that the travel ban will not prevent the coronavirus from spreading within the US. Even a stricter ban might delay its onset by a few weeks at most.

Not only are travel bans likely to be ineffective with a disease like the novel coronavirus, but there are also likely to be widespread economic, social, and public health impacts from the ban. Travel bans disrupt economic activity, potentially stigmatize populations and ethnic groups, and can impact the delivery of essential medicines and supplies needed to treat those with the coronavirus and those with other diseases.

In addition to restricting the entry foreign nationals with history of travel to China, the Trump administration also announced that American citizens returning from Hubei province are to be quarantined for 14 days. The experience during the Ebola epidemic from 2014 to 2015, when many US states instituted quarantines to limit the spread of Ebola, can provide insight into the possible effects of the quarantine. Quarantines involve the separation of an individual who is not sick or showing symptoms but was potentially exposed; in order to prevent further transmission. For a quarantine to be effective, the disease must be transmissible before the onset of symptoms, which is not the case for Ebola but preliminary evidence suggests that the coronavirus might be transmissible before an individual develops symptoms.

How a quarantine is implemented matters. A report published by Yale Law School and the American Civil Liberties Union (ACLU), examined the US national and local response to the Ebola epidemic. The study found that many states were driven by fear rather than scientific evidence to institute their own quarantines with negative consequences. In particular, the use of quarantines wasted public health resources, violated the US constitution, stigmatized whole groups of people, and had negative mental health consequences on the quarantined.  When the state restricts individual liberty, such as while imposing a quarantine, it assumes an affirmative duty to provide essential services to those in quarantine. Even when quarantine is justified, the conditions of confinement should be humane -this was not the case with Ebola.

The day before the US announced the travel ban, the World Health Organization (WHO) specifically advised countries against using such measures at this point. Instead, the WHO advised countries to invest in surveillance and implement plans to contain the virus through isolation of infected individuals, contact tracing to identify and quarantine potentially infected people, promote handwashing, and above all international co-operation. Studies show that the most effective means of containing influenza outbreaks rely on a multi-pronged approach including case isolation, contact tracing, and social distancing.

In times of uncertainty and risk, policies are often developed based on fear rather than evidence. However, shortsighted efforts to assuage public anxiety can have unintended consequences. A measured, evidence-based approach is our best bet as we counter this expanding outbreak.