Why Turkey Chose Ukraine's Zaslon APS To Protect Its Tanks 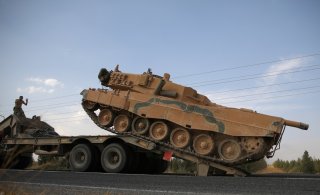 Here's What You Need To Remember: Zaslon has the major drawback of being fatal to friendly infantry surrounding a tank, which can pose problems in situations where infantry and tanks work in close cooperation. The US has hesitated to field APS on most tanks for this reason, opting for directed systems.